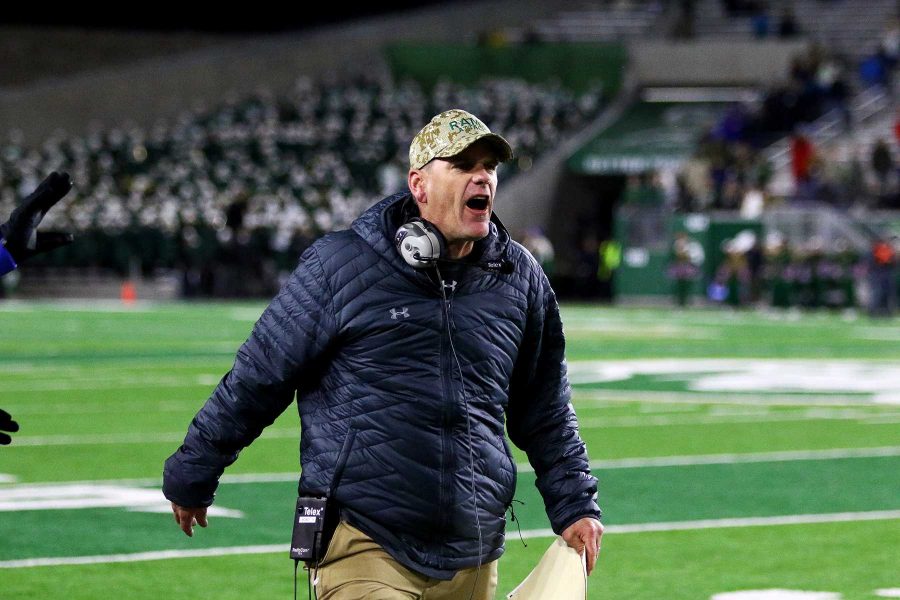 Following their deferral of the opening toss, the Rams fell prey to a suspect defense once again, allowing multiple chunks plays in the first half. Here are the storylines of the opening half as the visitors head into the locker room down 35-7.

Broncos stampeding down the field

After a competitive matchup last year between the two conference foes, the Rams fell behind early in this years’ iteration.

BSU drove down the field in only six plays on their first drive, eating up just over two minutes. On the first two plays alone, the home team gained nearly 40 yards.

A trend this year, the Rams allowed several BSU wideouts to have their way, finding multiple holes outside. BSU garnered 215 yards through the air, including a pair of touchdowns from redshirt senior receiver A.J. Richardson, one on a drag in the red zone, the latter coming on a fly route down the sideline in which the wideout was double covered.

On the ground, BSU compiled 91 yards on 20 carries led by junior tailback Alexander Mattison who had 63 yards of his own and a score on 4.5 yards per carry.

The matchup served as a direct juxtaposition to last year’s matchup in which the Rams jumped out to a 35-17 lead going into the locker room at home. The Rams forced a fumble and two punts in their previous mid-November matchup but failed to force a single turnover, with a lone forced punt on the road in their most recent bout.

Rypien picks up where he left off

As a junior last season, BSU quarterback Brett Rypien tallied 331 yards and four touchdowns in the team’s comeback win over the Rams.

Now a senior, Rypien started the game much the way he ended the matchup last year, operating efficiently against the Rams’ 10th-ranked Mountain West scoring defense. From the first drive, the signal caller was displaying the traits that landed him a MW Preseason All-Conference spot, as well as Preseason Offensive Player of the Year.

A combination of six different wide receivers for BSU tallied a catch in the first half, an average of 13.4 yards per completion to show for it. The one blemish for Rypien was his -17 rushing yards, a product of a pair of sacks by the Rams’ defense.

In his final season, Rypien had racked up 1858 yards and 14 touchdowns coming into the matchup, elevating his total drastically in the first half against the Rams.

The Broncos are still the class of the conference

After a loss at home against San Diego State University and a middling performance against the University of Nevada, BSU began to face criticism. The complaints, though valid, now seem for naught.

Featured as the Friday night game on ESPN2, BSU revealed to the nation once again the power they have in their own conference.

In their previous four seasons, BSU accrued a record of 26-7 against conference foes including a pair of MW Championships. This year, though by smaller margins, the reigning champions have won three of their first four matchups, with their halftime lead serving as their largest margin thus far in their conference schedule.

Utah State University serves as their biggest competition to repeat, but BSU appears poised to once again fight for a postseason title, a premier bowl game as well.