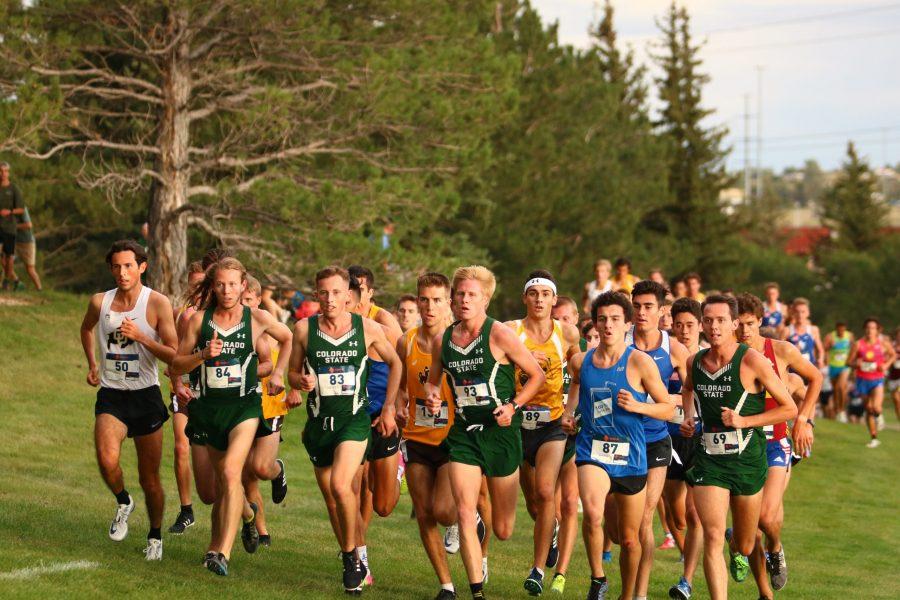 The Mens Cross Country team leads the race during the Wyoming Invite in Cheyanne on Aug. 31. The Rams won the meet with a total of 32 points with Eric Hamer, Cole Rockhold and Forrest Barton placing second through fourth. (Matt Begeman | Collegian)

The U.S. Track & Field and Cross Country Coaches Association released a rankings update Tuesday with the men’s team at No. 11, a drop of one spot despite not competing since the previous poll.

The men’s streak of four weeks in the regular-season top 10 came to an end with the announcement. The streak was the longest in the program’s history.

In the USTFCCCA’s regional rankings, CSU’s men stayed at fourth for the third straight week. The women trailing the quartet of No. 1 New Mexico, No. 2 Colorado, No. 11 Brigham Young and No. 15 Utah State, settling in at fifth in the newest rankings.

The regional ranking for the men’s team ties the highest in the team’s history in the region. On the women’s side, the Rams are in the region’s top five for three consecutive weeks for the first time since 2011.

The Colorado State cross country team returns to action at one of their most illustrious regular-season meets of the year in the Wisconsin Nuttycombe Invitational.