Takeaways from the opening half of CSU football against Illinois State 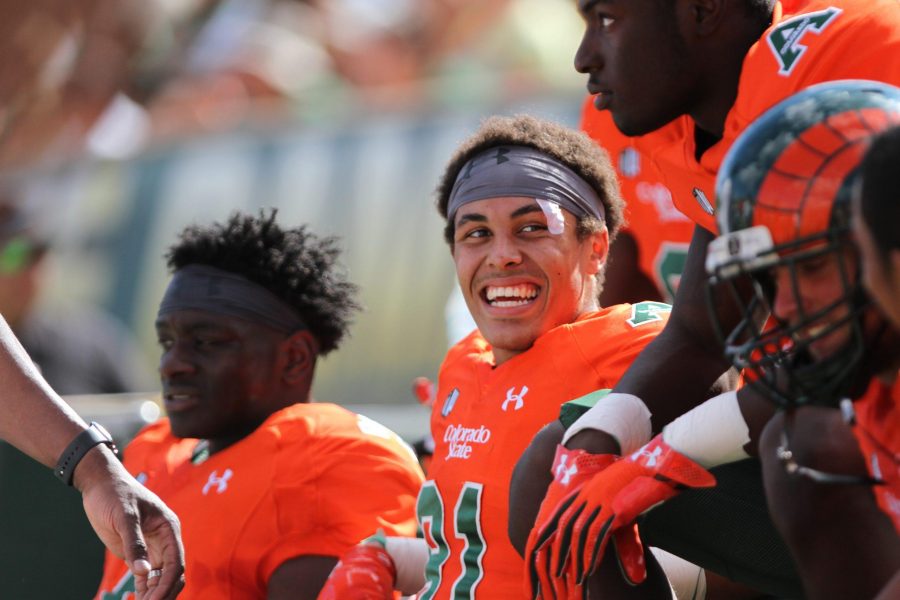 CSU Wide Receiver Olabisi Johnson on the sideline during the Rams 47-21 win over the UNC Bears. (Javon Harris | Collegian)

Colorado State football returned home Saturday for a matchup against FCS-opponent, No.15 Illinois State University. After a loss to the University of Florida on the road last week, 48-10, CSU came out of the locker room with an added vigor but showed signs of the miscues that have haunted them for much of the year.

Here are the leading storylines of the first half with the Rams entering the intermission trailing 14-6.

CSU has dealt with a lack of a running game in each game this year. Coming into the contest, the Rams’ had averaged 82.3 yards on the ground per game. That figure ranks in the lower echelon of the nation (122).

The lack of success through their backs has led the CSU defense to succumb to fatigue for much of the year as well.

In the opening half, the Rams logged 44 yards on 15 carries signaling more of the same for the Rams’ offense. In order to succeed in the second half, the Rams will need to find ways to get their running backs the ball in space. The offensive line of the hosts failed to give their running backs any space, allowing multiple hits on redshirt senior K.J. Carta-Samuels as well.

The one area for success so far for the Rams has been their utilization of senior wide receiver Olabisi Johnson. The veteran wideout registered three catches for 34 yards and a touchdown.

The score came on a nine-yard bullet over the middle from the arm of Carta-Samuels. The play was eerily similar to Johnson’s catch against the University of Colorado at the Rocky Mountain Showdown.

Johnson is now up to four touchdowns on the year, tying redshirt junior Preston Williams for the team lead with both on pace for double-digit scores this year.

Getting gashed by a duo of Redbirds

Coming into the game, ISU’s third-leading wide receiver was redshirt freshman Andrew Edgar with 104 yards through a pair of games.

Edgar is on his way towards doubling that total against the Rams, burning junior Jamal Hicks multiple times for long gains. His stat line would look even better than the four catches for 68 he has already accrued if not for an underthrown deep pass on the Redbirds’ first drive.

A deep crossing route over the middle was another gaffe for the Rams as Edgar ran wide open, diving and barely missing the pylon, setting the Redbirds up to dive in from the two-yard line for their first score.

On the ground, ISU has been led by junior running back James Robinson with 81 yards on 10 carries, more than the entire Rams’ offense. Robinson has looked spry for most of the game, forcing multiple missed tackles.

The Rockford, Illinois native came into the contest with 205 yards in two games, averaging an abundant 8.2 yards per carry.

If they are unable to stop the pair of playmakers, the Rams will have a difficult time coming back against the visiting Redbirds.