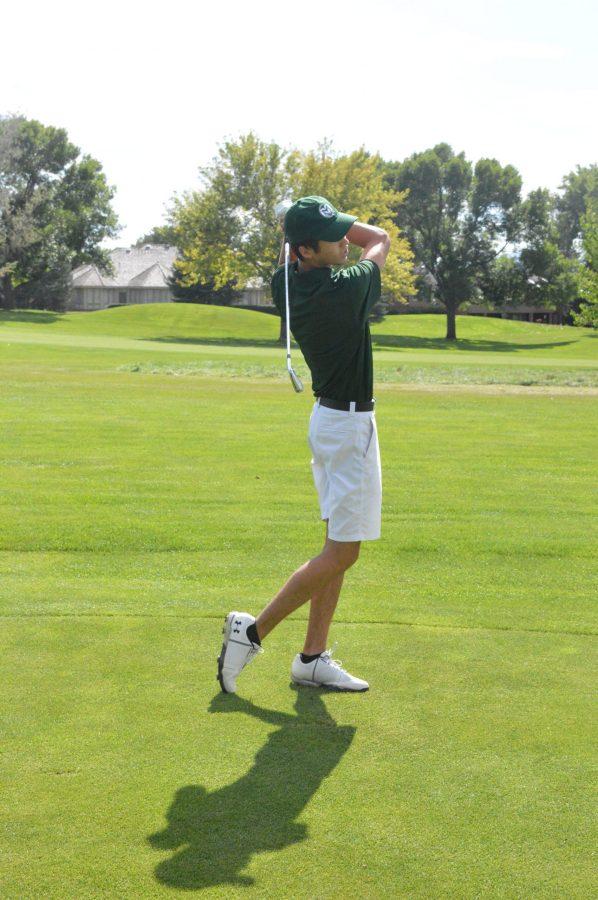 After making the NCAA regional round for the first time in five years last season, the Colorado State men’s golf team finished its first tournament of the season on a high note in the rigorous Carpet Capital Collegiate tournament.

The tournament included 13 NCAA regional qualifiers from the 2017-2018 season and the NAIA national runner-up as well as seven currently ranked teams. The Rams got a big performance out of freshman Davis Bryant, who came on with the Rams as the No. 1 ranked Colorado golfer in the class of 2018.

The Rams started the tournament, seemingly in line with most of the rest of the field, finishing the first round in a four-way tie for 11th. Bryant was the bright spot on the day, setting the pace for his weekend with an even par in the round. Cullen Plousha III brought up the rear for the Rams with a 10-over 82.

The second day was a small improvement for the Rams in scoring. The Rams managed to cut two shots from the previous day’s score, with Jake Staiano and Plousha III cutting their scores by six and five respectively. The small improvement could have been overshadowed by the fact that the Rams fell behind in the rankings, but the Rams did not let the leaderboard get to them.

On the third day, the Rams proved they belonged in the strong field and came back with a third round that was 18 strokes under their second round score to finish the weekend with a round of 7-under 281. It was the second-best round of the tournament for the entire field. Bryant led the way again with a 3-under 69 and Plousha III continued his climb back from the first day, tying Bryant.

“What a great round for our team today, the second-lowest round of the day,” coach Christian Newton said. “Everyone played great from start to finish. None of these guys gave up after such a shaky start and we ended up taking home some nice wins over legitimate top-20 programs. I am very happy with how we hung tough this week.”

The Rams’ final day was good enough to finish the tournament in 10th place with a 17-over 881, passing No.11 University of California and No.8 University of Florida. Securing at least one Rams’ win over the SEC school this year. Bryant, Staino, A.J. Ott, Davis and Parathakorn Suyasri finished 16th, 27th, 53rd, and tied for 68th respectively.

In a considerably easier tournament, the Rams will host the Ram Masters Invitational Sept. 17-18 at Fort Collins Country Club.

Mack Beaulieu is a sports reporter for the Collegian and can be reached at sports@collegian.com or online @Macknz_James