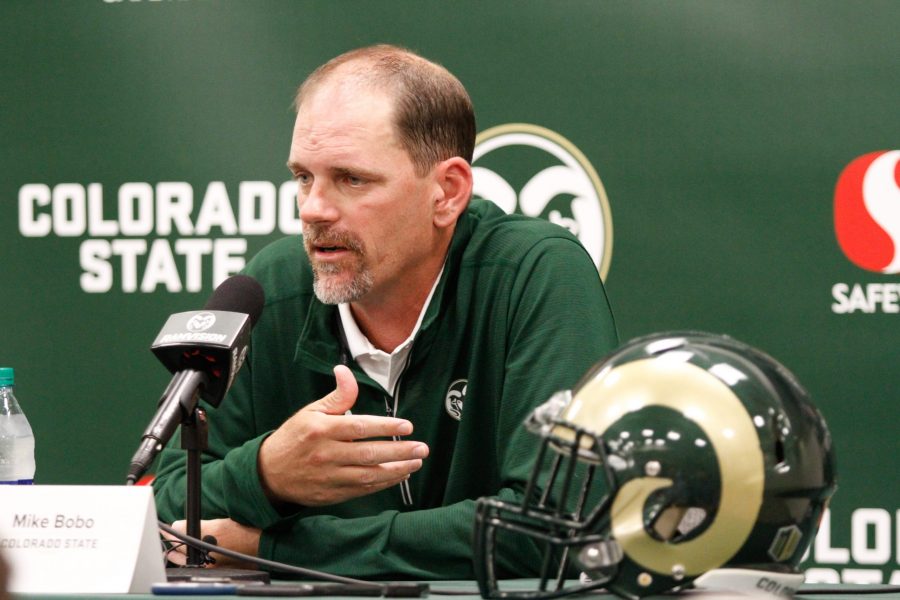 Though suffering a major upset to Hawaii at home already killed any momentum the Rams could have possessed going into the game, CU poses a threat regardless.

The Buffaloes lost their leading rusher (Phillip Lindsay) and three leading receivers from last season forcing a period of adjustment for the team.

However, it is not as if the Buffaloes have no weapons from the 2017-2018 season. Receiver’s Jay MacIntyre and Juwann Winfree, who each recorded multiple touchdowns and over 20 receptions last year, are still on the team as well as a stable of runnings back to fill the void left by their previous leader in Lindsay.

The biggest area of focus for the Rams defensively will be containing returning starting-quarterback Steven Montez who threw for nearly 3,000 yards in 2017.

“The thing that sticks out to me is his ability to make plays with his legs,” Bobo said. “He did it to us last year.”

“I imagine we’ll see some of that (Montez running) because that’s what hurt us last week,” Bobo said.

It is early in the week, but Bobo has liked what he has seen from his team in terms of bouncing back both physically and mentally from the Hawaii loss.

CSU’s first practice since the Hawaii game came Sunday night. Since the Rams have a short turnaround, it was a brief practice. However, the team made the most of it as Bobo voiced a clear message following the opening loss.

“Not letting Hawaii beat us twice was my message to the team last night,” Bobo said. “We have to get ready for a talented CU team…We are going to talk to the guys about what this game means and what we are playing for. How important it is to the state of Colorado, how important it is to our Ram family and Ram fans.”

There are both advantages and disadvantages to the situation CSU is in. It is not in the Rams’ favor that they have to operate on a short week while the Buffaloes are fresh and still have not begun their season. CU also has the advantage of being able to evaluate CSU’s game footage, while the Rams do not.

With that being said, CSU has already had the opportunity to shake off preseason rust and work out some kinks that are only possible during actual games, rather than practice.

The Rams and Buffaloes have faced each other in nearly identical circumstances over Bobo’s three seasons with CSU. Though the Rams have not defeated CU under Bobo, the head coach has liked what he has seen when CSU has entered the rivalry after a week 0 matchup.

“Even though we haven’t won, I feel like we’ve played better when we’ve played a game before,” Bobo said. “Just to get the rust off. Hopefully, we can eliminate some of the sloppy play that we had last week against Hawaii.”

Penalties were a major contributor to CSU’s struggles against Hawaii on Saturday. The Rams had 12 for 120 yards in the game causing Bobo to emphasize the importance of working to eliminate those in the Rocky Mountain Showdown.

Bobo noticed that his players often are better at maintaining a positive mindset in comparison to coaches.

Nevertheless, Bobo had powerful words to push his coaching staff and players.

The Rams went into Saturday’s matchup extremely confident, and in some of the players’ words, maybe a bit overconfident. Given that CSU nearly overcame a 30-point deficit, they did not leave the game stripped of their confidence.

They still trust what they are doing and Bobo believes CSU will not overthink their actions against the Buffaloes because of last week’s result.

“I expect us to go out there confident this week,” Bobo said. “I’m expecting to go out there and play well and win the game just like I’m sure the other side is. That’s why you work and prepare.”

As far as being on the field or even calling plays, Bobo’s status is up in the air. It all depends on his health. Bobo will not be pushed to do either if there is a chance that he will experience a physical setback.

If the Rocky Mountain Showdown were to happen today, Bobo would definitely not be on the sidelines in his own words. Bobo’s status could change throughout the week. Either way, CSU’s coaching staff is putting a plan in place to prepare for Bobo’s potential absence from the sidelines.