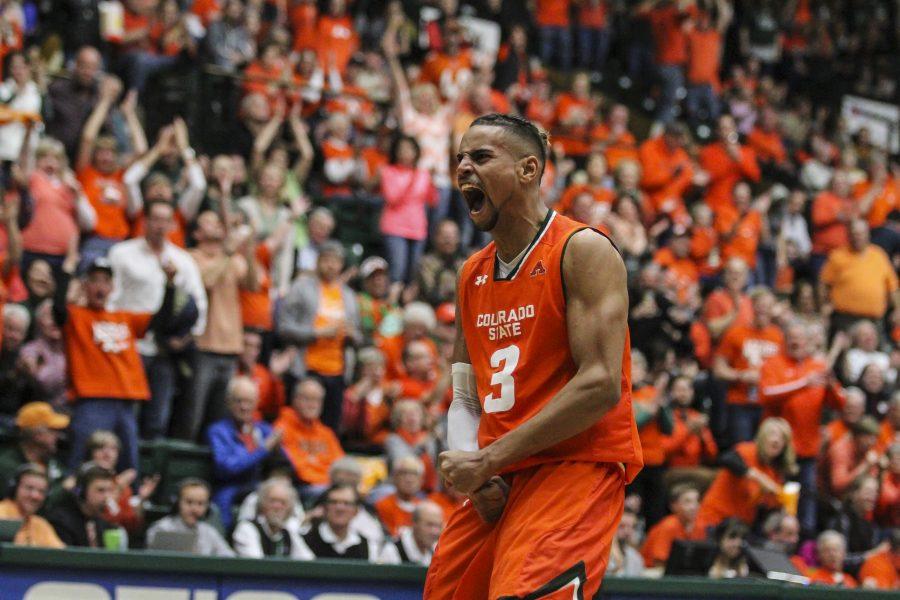 Gian Clavell (3) with the emotion after a huge 2nd half dunk against SDSU in the 2nd half of the Rams thrilling win over the Aztecs. Clavell finished with a game high 18 points and 10 rebounds. (Javon Harris | Collegian)

With the NBA Summer League season underway, former Colorado State basketball standout Gian Clavell’s career playing for the Golden State Warriors appears to be off to a rough start.

Clavell struggled in his Warriors debut against the Los Angeles Clippers. In 14 minutes, Clavell did not hit a shot, going 0-4 from three. He added three assists, two turnovers and two blocks.

Despite Clavell’s struggles from the field, the Warriors defeated the Clippers 77-71.

In game two against the Houston Rockets, Clavell began to get into a rhythm. The Puerto Rico native added eight points, two rebounds, one assist and a block. Although Clavell had a better game statistically, the Warriors fell to the Rockets 81-87.

The struggles continued for the guard in game three against the Dallas Mavericks, Clavell’s former team. In 17 minutes, Clavell recorded six points on 2-10 shooting with two threes. He also added 4 rebounds, one assist and one block. The Warriors fell to the Mavericks 71-91.

This is Clavell’s second stint in the NBA after playing with the Mavericks.

Clavell and the Warriors will face the Charlotte Hornets July 11.