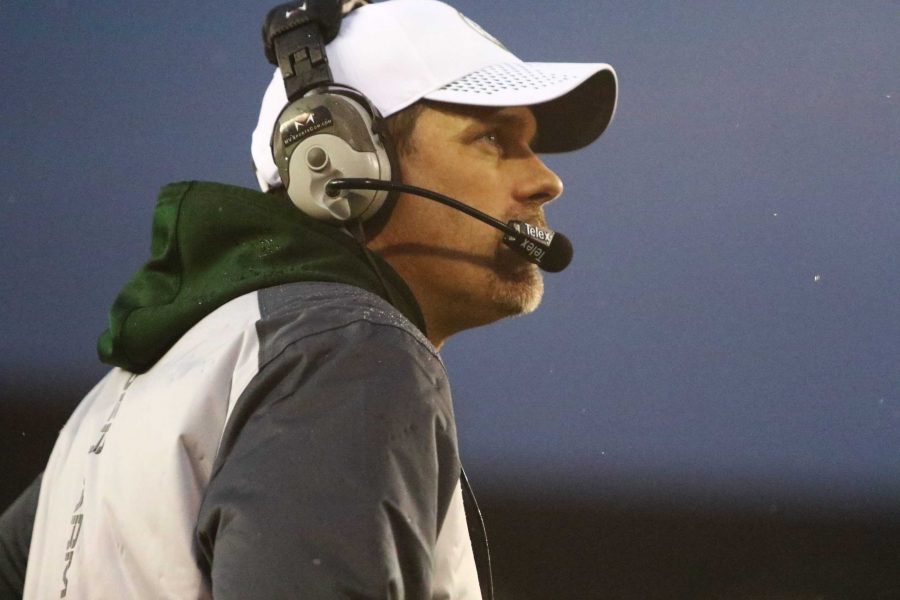 Head coach Mike Bobo looks up at the scoreboard during the first half of the Rams' 16-13 loss to Wyoming in the Border War. (Javon Harris | Collegian)

Out of high school, O’Brien was regarded as a four-star prospect and ranked in the top 10 for high school quarterbacks by 247Sports and Rivals.com. During his senior season at San Juan Hills High School in San Juan Capistrano, California, O’Brien led his team to the CIF Southern Section Playoffs by tallying up 2,895 passing yards with 32 touchdowns with a 74.3 completion percentage. He also finished with 626 rushing yards.

The addition will further strengthen the signal-calling room for the Rams. Following the loss of projected starter Collin Hill, Bobo has now added a pair of transfers in O’Brien and K.J. Carta-Samuels who will compete for the week one slot under center, with Hill rehabbing from yet another torn ACL. The pair will join Justice McCoy, J.C. Robles and Judd Erickson who were already on the CSU roster prior to Hill’s injury.