Clavell set to continue his basketball journey with NBA’s best 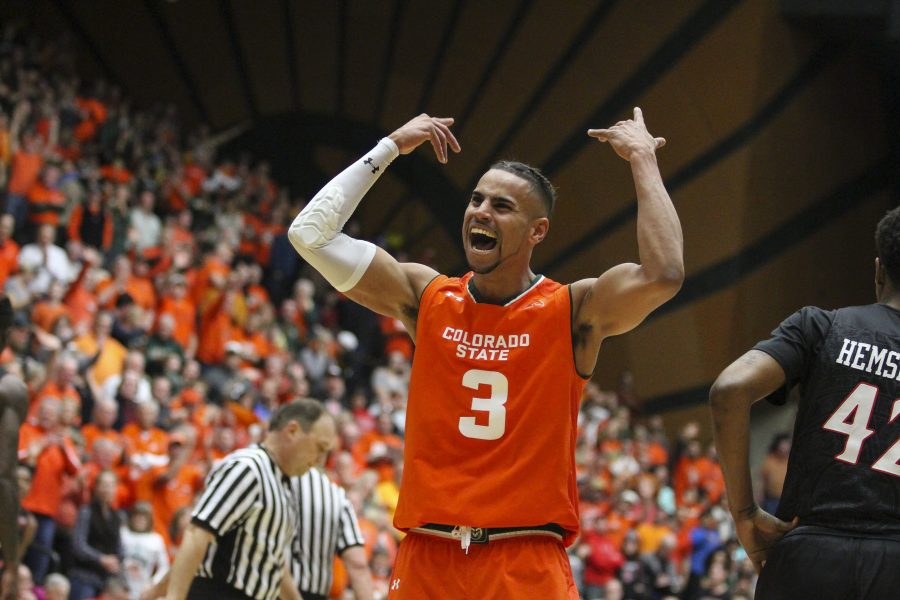 Gian Clavell (3) tries to pump up the crowd after a foul call on SDSU in the 2nd half of the Rams thrilling win over the Aztecs. Clavell finished with a game high 18 points and 10 rebounds. (Javon Harris | Collegian)

Former Colorado State guard and sharpshooter Gian Clavell is being given another National Basketball Association opportunity, this time for the two-time defending champions.

The Golden State Warriors have signed Clavell to play on their summer league team, only a year after he was given a two-way contract from the Dallas Mavericks at the onset of the 2017-2018 season.

The signing comes after a year in which Clavell continued his career in several venues including the Puerto Rican national team, as well as the Turkish basketball organization, Sakarya Buyuksehir Basketbol. Clavell averaged 14.3 points a game with his typical three-point stroke falling at a .346 percent clip for Sakarya.

Clavell made his presence felt as a Ram, averaging over 20 points a game the final two seasons of his CSU career. His highlights included his career-high 37-point game against San Diego State in late January of his senior season in which he hit the game-winning layup after scoring 30 points in the second half alone. He was named an Associated Press Honorable Mention All-America, as well as the Mountain West Player of the Year by both the media and coaches of the conference among several other accolades.

Jordan Bell, Damian Jones and others will also be present on the summer league roster, giving Clavell an opportunity to once again impose himself alongside the leagues young stars. The Warriors are slated to play in the California Classic Summer League in Sacramento from July 2-July 5, as well as the Las Vegas Summer League from July 6-17.