The Rocky Mountain Collegian • May 2, 2018 • https://collegian.com/articles/sports/2018/05/csu-lacrosse-receives-conference-recognition-despite-a-down-year/

CSU lacrosse receives conference recognition despite a down year 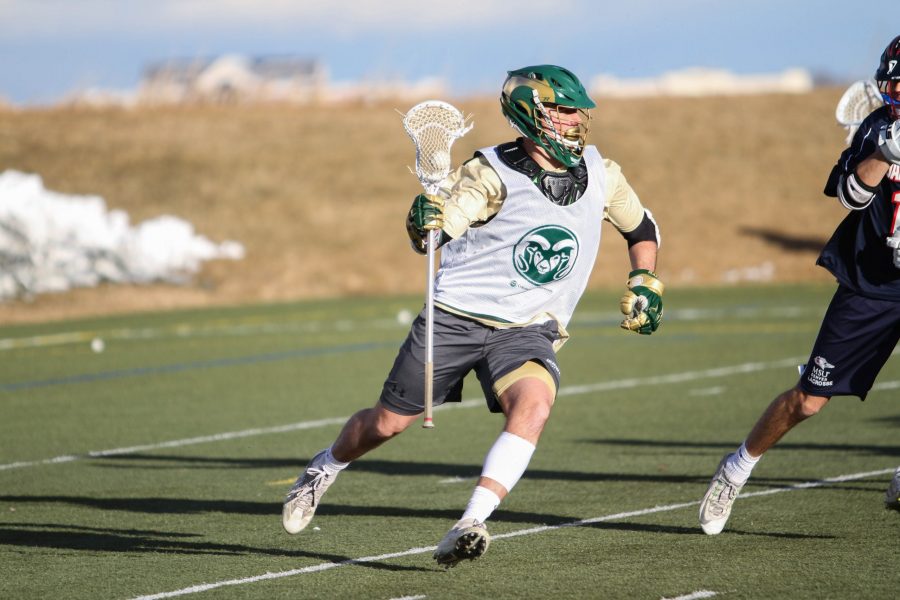 (?) runs behind the Metro State goal looking for a shot. The Rams beat the Roadrunners 18-6 in the first scrimmage of the season on Saturday, Feb. 3. (Ashley Potts | Collegian)

After a season that featured plenty of loss, the Colorado State men’s lacrosse team brought home multiple victories in award season with six players being named for all-conference honors.

The second-team all-conference list was littered with Rams’ defensemen as Trey Sayers and Daniel Simpson were both recognized, along with midfielder Deryk Delahanty.

Delahanty registered eight goals and eight assists a piece to bring his point total to 16 on the year, good for fourth on the Rams’ squad.

The honorable mentions list featured Rams’ mainstay on the attack, A.J. Stewart. Along with Stewart, Kenny Madison and goalie Frank Culhane were also on the list of mentions.

Stewart, being given the role of team leader with the graduation of Ashton Monnheiser, registered the second-most points on the team with 28, with a team-leading 24 goals making up the majority of his production.

The Rams finished the season 4-9, failing to enter the postseason a year after doing so. Multiple Rams received recognition despite the lack of team success, highlighting the bright spots in a darker season.

Not on the list of honorable mentions, or any of the teams, was attacker Pete Aplet who lead the team in points with 29. Given Stewart’s presence on the team, the snub is less than ideal for the senior who led his team in the most important of categories.