Several CSU players given a chance following the NFL Draft 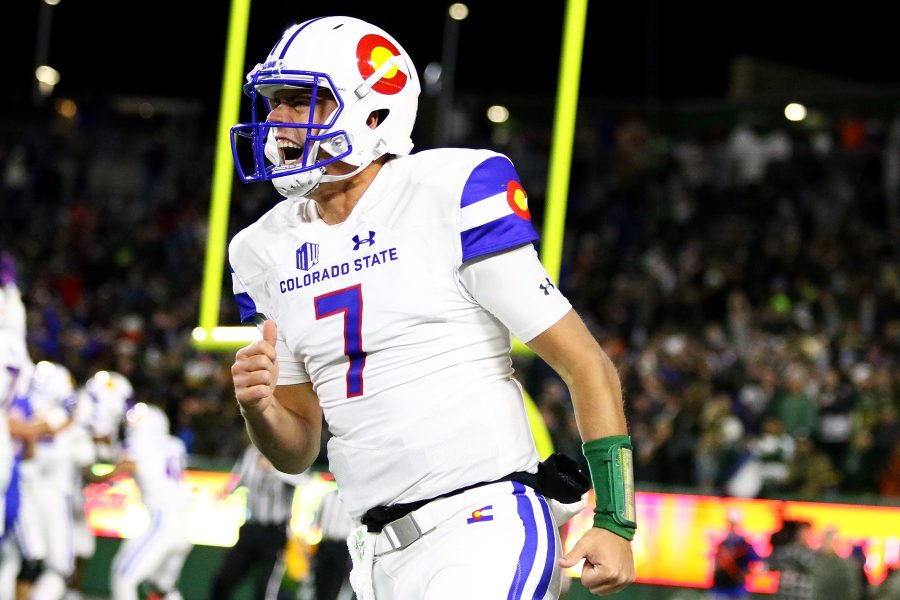 Though undrafted, several Colorado State football players are being given the opportunity to play at the next level, signing contracts or being invited to participate in training camps.

Among the Colorado State players that were invited to camp, the biggest name is quarterback Nick Stevens, who was awarded First-Team All-Mountain West honors his final year before entering the draft.

After having thrown for nearly 4,000 yards his senior year, while also leading the university in career touchdown passes, Stevens will be given the opportunity to show his worth at the Redskins Rookie Mini Camp. Stevens will look to compete for a backup role behind Alex Smith, a route taken by Rams’ alum Garrett Grayson recently. Grayson has served as a backup for multiple years in the NFC South within the Falcons and Saints organizations.

Dawkins will be given the opportunity against several other running backs signed by the Titans to compete for a roster spot in camp, a path that many Rams’ running backs have taken in the past, including most recently, Kapri Bibbs in 2014. A smaller back, Dawkins fits the mold of fellow Titans running back Dion Lewis who signed with the team by way of New England this offseason.

Dawkins averaged over five yards a carry each year of his Rams career and rushed for 1,300 yards last season, leading the Rams’ rushing attack.

Clark will join first-round selection Calvin Ridley as well as Cincinnati’s Devin Gray in Atlanta with All-Pro receiver Julio Jones and Mohamed Sanu already occupying the receiver room. He will be given a chance to not only make the team, but learn from one of the best in the league in Jones.

Overshadowed often by third-round selection Michael Gallup, Clark was unable to garner draft interest after his final season with the Rams when he posted 456 yards and four touchdowns.