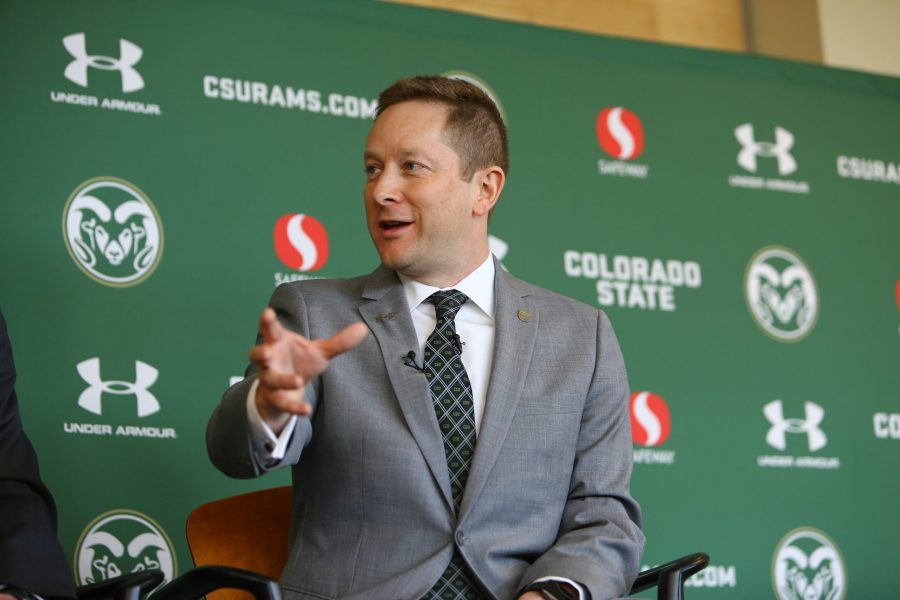 Last year was comeback season for Drake. No not the rapper, but rather the Bulldogs of Drake University who improved their win total by 10 games, the seventh biggest turnaround in the NCAA.

Leading that charge was Niko Medved, a former CSU assistant who started his Ram career the same year “Comeback Season” was released by Drake in 2007. The now five-year veteran head coach said take care to Drake and is returning to the views of Fort Collins to help turn around an 11-win Rams team.

Medved will not be alone; he is bringing his squad to CSU for a comeback season of their own.

Nothing will be the same for Drake, as Dave Thorson, JR Blount and Ali Farokhmanesh will all join Medved at CSU after coaching under him last year as Bulldogs.

Thorson goes back the farthest with Medved as the 23-year veteran coach of DeLaSalle High School in Minnesota met the new Rams leader on the Minnesota Golden Gophers’ staff back in the 1990s. Medved was a student manager/assistant on the team; Thorson was a fellow assistant.

After coaching the Gophers, Thorson found himself at DeLaSalle and created an unforgettable high school career by winning a state-record nine championships, including six-consecutive titles leading up to his final year there in 2017. He then joined Medved last year at Drake to help turn the Bulldogs into a postseason squad.

“Dave is a person I have known and admired for a long time,” Medved said in a statement. “He is a tremendous coach and person and was one of the most successful coaches in Minnesota high school basketball. He brings that wealth of knowledge and character to our program here and I am excited to have him here at Colorado State as he will be a key part of achieving our goals.”

Up next is Blount who has been around success for most of his young career. The Loyola-Chicago graduate first started his career as an assistant for the University of Wisconsin-Stevens Point in the 2009-10 season where the Pointers won the Division III national championship.

The itch to play still lingered for Blount who went overseas to play a season in British Basketball League before coming back state-side to coach at Saint Leo University. The Lions made it to the Divison II NCAA Tournament all three years with Blount and won the program’s first-ever conference championship in 2012-13.

Blount then joined the Drake staff in 2014 as director of basketball of operations before moving back to the sideline in the 2016-17 season and then stayed on under Medved last year.

As for Farokhmanesh, the story of his Northern Iowa Panthers team knocking off the No. 1 overall Kansas Jayhawks in the second round of the 2010 NCAA Tournament will most likely always proceed him. The guard scored 16 points and nailed the most iconic shot of the match with a game-clinching 3-pointer with only 34 seconds to go.

Following the Panthers’ first-ever Sweet Sixteen run, Farokhmanesh played four seasons across Europe before returning to America as the director of player relations and development at Nebraska. He oversaw off-court responsibilities for the Cornhuskers’ players through mentoring programs and also directed on-campus recruiting operations.

After three years in Lincoln, Farokhmanesh joined Medved at Drake and will now be coming to Fort Collins to take the sidelines in Moby Arena come fall 2018.

With his guys in place, Medved hopes to return the Rams to that one big dance and maybe get some really big Mountain West Championship rings along the way.