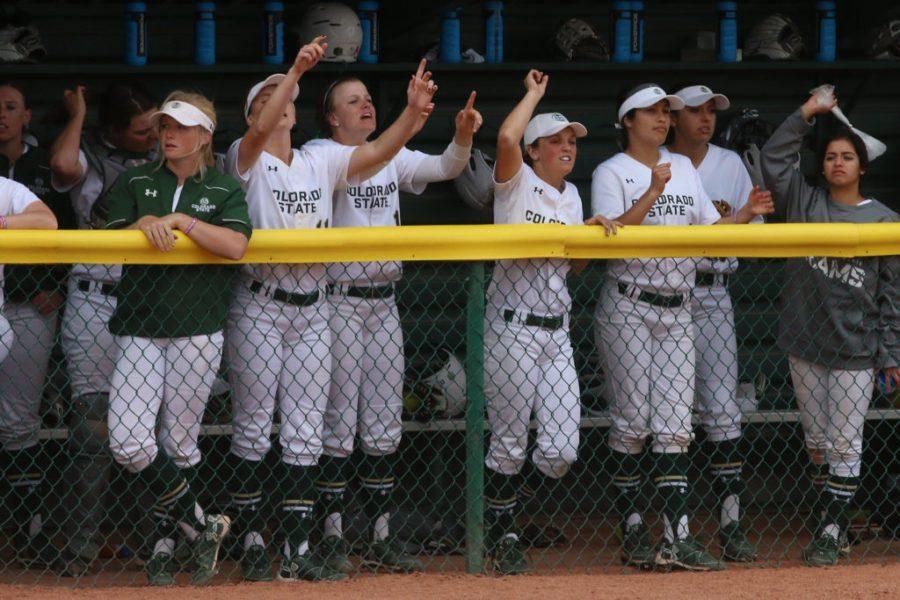 The Colorado State softball team staged a sit-in at the Indoor Practice Facility at 3 p.m. Friday to protest inequality in practice facilities among teams at the University. The team’s main focus is the lack of equality between men’s and women’s sports at CSU.

Instead of hosting the New Mexico Lobos, due to snowy weather, the Rams’ softball team hosted a sit-in that ran during the CSU football team’s spring practice. The softball team showed up early, began a player-organized practice and waited for someone to tell them they had to leave. The team protested that they had nowhere to practice when the weather turned ugly, like Friday.

“Our coach came in with three executive athletic administrators,” senior outfielder Hayleigh Evans said. “They just let us talk to them and we basically told them every reason why we were doing it. For equality, not just for softball but for women in general. For future generations, we want to see a change and what’s going on is not okay.”

Evans specifically mentioned those women’s teams who are not tied to any men’s sports.

“This isn’t about the football team,” Evans said. “This is about equality for women’s athletics, we don’t have a place to practice when we need it….One thing we’ve noticed is that when a women’s sport gets better equality, it’s because it’s attached to a men’s sport…The men got it, so that’s why they have to reciprocate it.”

CSU hasn’t had a baseball team since the early 90’s, and Evans cited that the softball team’s facilities haven’t been updated since then either. The softball team is putting together a strong season and has a critical Mountain West matchup set to resume Saturday after being snowed out on Friday.

“We’re in our season and we have big games coming up,” senior pitcher Kaylynn Pierce said. “We’re getting gypped out of our time. When we go into the IPF (Indoor Practice Facility), it’s the second best we can get.”

The softball team has been forced to move from self-organized practice sessions, even for intramural sports, something players cited as a disregard for their needs.

“It becomes an issue when football comes in and we have to go to an aux gym,” freshman outfielder Jordan Acosta said. “We want to be respected as a team and as a program at this school and the fact that we get our practice time gypped in season, it’s not acceptable, it’s not equal and it’s not fair. That was the point of today. We have big games coming up, we’re a good program, and we deserve to be treated like it.”

This isn’t the first time the team has lost practice time due to weather.

“We almost didn’t even have practice because we had nowhere to go,” Evans said. “This has happened more times than we can count.”

A Title IX report released last year found, that in 2015, universities nationwide spent about twice as much on men’s athletics than they did women’s.

The CSU softball team has a long history of fighting for women under Title IX. In 1992, after monetary issues were the reason for cutting the softball and baseball teams at CSU, the Rams’ successfully fought for reinstatement of the softball team with the argument that women were disproportionately underrepresented in athletics at CSU. It has become something of a landmark case in interpreting Title IX law.

The team left its sit in to cheers of, “Go women!”

Collegian reporter Mack Beaulieu can be reached at sports@collegian.com or on twitter @Macknz_James