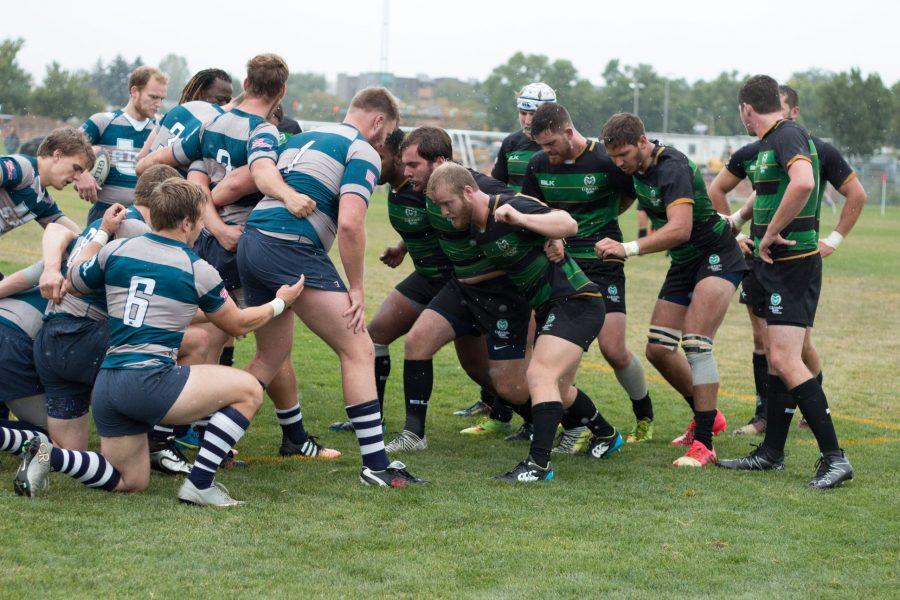 Colorado State dominated Utah State in Rugby Saturday at home. The rainy conditions did not hinder CSU’s ability to deliver against the conference team. Final score of the game was 10-52.

It’s playoff time for No. 19 Colorado State rugby as they take on No. 6 Army in the first round of the national playoffs Friday afternoon.

CSU competed in the Las Vegas Invitational to get a look at the tournament style of play. During the tournament, CSU picked up three wins and took two losses including the 21-12 defeat to conference-opponent Utah State.

As of now, CSU boasts a 5-2 record in league play with the losses coming to No. 12 Utah and No. 18 Utah Valley. The Rams had a highly anticipated game against the No. 3 BYU Bulldogs cancelled. BYU sits on opposite sides of the bracket from CSU during this year’s playoff.

CSU finished the regular season first in the Mountain Division with 25 points on the season beating out in-state rivals Air Force and the University of Colorado as well as out-of-state rival Wyoming.

CSU’s opponent for the upcoming game Army will be a tough one for the Rams. Army currently has a 5-1 record holding the second-place spot in the Eastern conference.

“Army has a lot of really athletic guys, but if we play our game we’ll be alright,” team member Andrew Bowler said.

The Rams have not had the easiest road to get to where they are now after a mid-season coaching change, showing the hard work they have put in.

“We have faced a lot of challenges this season,” said Bowler. “With a coach walking out on us and having to adapt to a new coach was tough, but we feel good coming into the game.”

The game will take place at the Intramural Fields at Colorado State on Friday April 14 at 7 p.m. The winner will advance to the quarterfinals of the playoffs and face-off against the winner of the Grand Canyon-Life game.

Collegian sports reporter Evan Grant can be reached at sports@collegian.com or on Twitter @EGrantSports.