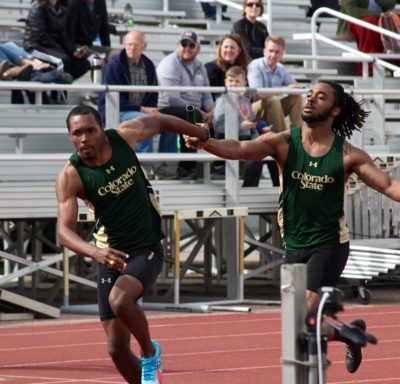 The Colorado State Rams capped off a successful start to the outdoor track & field season by sweeping the Mountain West Outdoor Track & Field Athlete of the Week honors, the conference announced Tuesday. Earning the accolade for women’s athlete was hammer thrower Kelcey Bedard while Ronald Sayles won the honor for the men’s side.

Bedard earned the award after her performance at the Mines Nature’s Bakery held at the Colorado School of Mines. Bedard finished in first place in the hammer throw event with a mark of 62.04 meters; she currently ranks 13th in the NCAA in the event. Bedard also competed in the discus throw with a mark of 49.94 meters, earning her second place in the event. This is Bedard’s third career weekly conference honor, holding one indoor and two outdoor honors.

Sayles earned his first weekly honor after his dominating performance in the 200 meters. Sayles posted a time of 21.31 to win the event, ranking sixth on CSU’s outdoor all-time list. The Las Vegas, Nevada native also ran the second leg of the MW’s number one 4×100-meter relay team and finished with a time of 41.01. Sayles currently leads the MW in both the 200 and 400 meters.