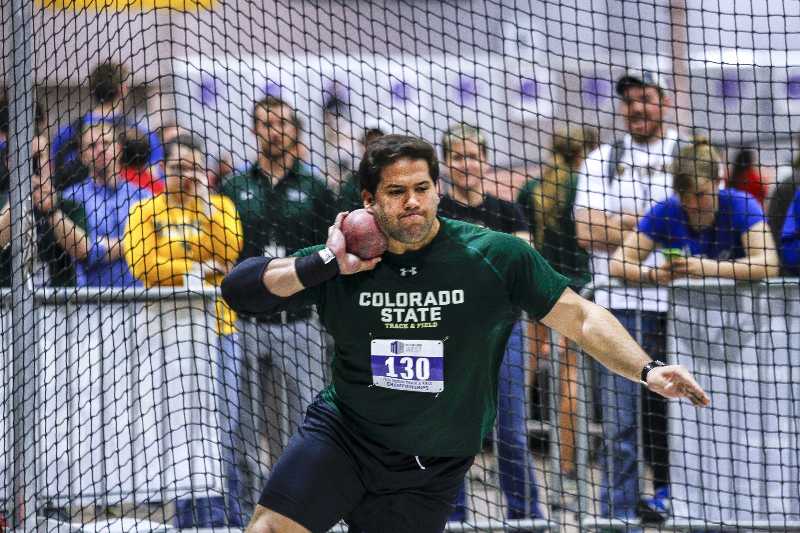 The Colorado State track & field team rounded out its indoor season with a 16th-place finish at the NCAA Indoor Championships, the second-best finish in program history. Mostafa Hassan, Grant Fischer and Cole Rockhold represented the Rams during the tournament.

Hassan entered the meet as the reigning national champion in the shot put event. Registering a season-best mark, Hassan repeated as the national champion with a mark of 20.86 meters. Hassan’s mark won him the event by nearly two feet.

“I thought he looked like a veteran,” head coach Brian Bedard said. “He had a really good opening throw and put the pressure on the other guys. His consistency was really good, and he was close to matching that mark a few times. He showed a lot of composure and put himself in the driver’s seat with that throw.”

“He really represents Colorado State well,” Bedard said.  “In my opinion, he’s kind of a once-in-a-lifetime athlete for me. I’ve had athletes similar to him like Casey Malone, Shelly Borman and Loree Smith, but I don’t expect to have another athlete like him come along in my career. He’s really in a class of his own.”

In 5,000 meters action, Fischer earned his second straight All-America honor with a 14th-place finish in the event. The NCAA named Fischer a Second-Team All-American with a time of 14:21. Fischer joins Jerrell Mock as the only athletes in program history to earn multiple All-America honors in the indoor 5,000 meters.

“Grant did everything he could – he ran a tactical race,” distance coach Art Siemers said in a statement. “He took the lead with a few laps to go, but he ended up getting kind of got boxed in and was unable to move. Everyone is within a few seconds of each other, so if you get in the wrong position toward the finish it can make a big difference. Grant had a great indoor season, and he’s motivated to go have a great outdoor one.”

“The mile and 3,000 meters double is very, very tough – that’s why no one else attempted it this year,” Siemers said. “Cole really wanted to be an All-American in the mile this year and focus on that after he passed on it last year to run the 3,000. It’s one of the premier track events for distance runners. We wanted to put everything we had into the mile first, and he had a great finish to place sixth and be a First-Team All-American. I thought his 3,000 was phenomenal. He just missed being a First-Team All-American, but to be able to be that close after being first-team in the mile…I don’t know if he could have done any better.”

Rockhold now has five career All-America honors and becomes the first Ram since 2001 (Bryan Berryhill) to earn multiple awards in distance events in a single season.

The Rams finished 16th place overall with 13 total points at the NCAA Championships for their second-best finish in program history.

CSU will start its outdoor track & field season on Saturday, March 24 at the Mines Nature’s Bakery Invite, hosted by the Colorado School of Mines.