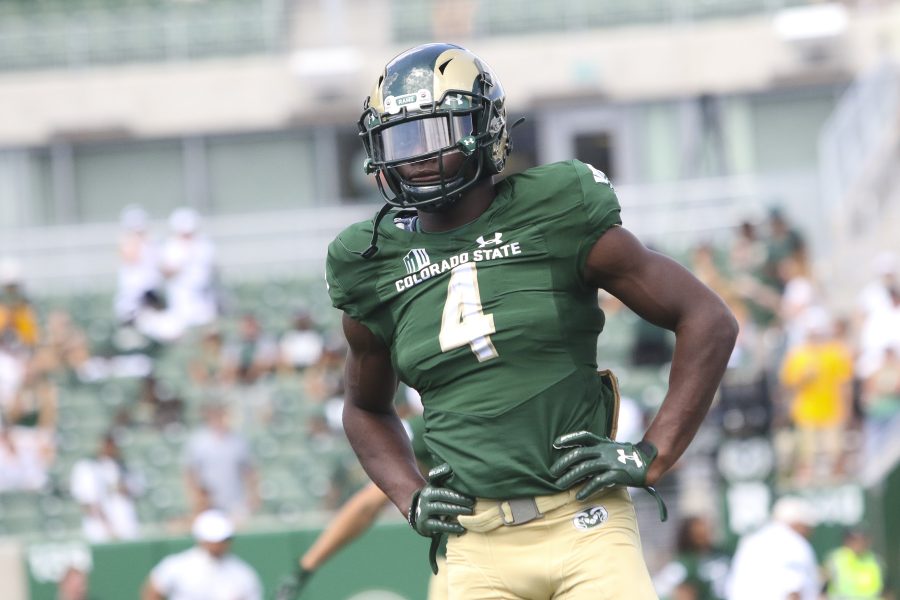 Pro Day at Colorado State drew a bevy of interest from NFL teams as 15 draft-eligible student-athletes participated in front of the watchful eyes of 40 professional scouts from 31 different teams.

Among the 15 participants, wide receiver Michael Gallup, quarterback Nick Stevens, running back Dalyn Dawkins and offensive linemen Jake Bennett and Zack Golditch are some of the most notable names looking to move up draft boards or into consideration come April.

Gallup will hear his name called in this year’s draft, there’s no question about that. The verdict is still out on the others hoping to continue their professional careers, though.

Less than a week after representing CSU at the NFL Combine, Gallup came into his Pro Day intent on proving his speed. After posting an official 4.51 40-yard dash during the combine, Gallup posted an even better mark of 4.45 Wednesday afternoon.

Stevens, who worked on improving his throwing velocity and lower-body mechanics leading up to the workout, also noticed a difference in Gallup. The two participated in throwing drills during the latter portion of the day.

“Watching him run his 40, he’s always been a really, really good top speed guy,” Stevens said. “He’s been working down there every day, getting better. He’s really committed to the process, and I think it showed in the numbers, both at the Combine and here today.”

After leading the Mountain West in passing yards (3,799), touchdowns (29), efficiency (147.9) and completions (284) in 2017, Stevens’ NFL prospects are still uncertain. Overall, he felt confident with his performance in front of the plethora of potential NFL suitors.

“Hoped for a couple more inches on the vertical, but I felt really, really good about everything else,” Stevens said. “Felt like I threw the ball well, my other tests were good. Hoped for a few more completions, but it is what it is. I think we all looked good out there, so that’s all you can really ask for.”

In one of the more impressive athletic showings of Pro Day, lineman Zack Golditch seemingly improved his stock just over a month before the draft. Limited by a finger injury he suffered in the NFLPA Collegiate Bowl on Jan. 20, Golditch impressed in the drills he participated in despite wearing a brace on his left hand.

The brace, which he will sport for two more weeks, prevented him from weight-lifting drills. Still, Golditch posted admirable results in events including the vertical and broad jumps. Though the drills do not directly translate to real-game situations, especially for linemen, Golditch believes his athleticism shows potential at the next level.

“I won’t be running a 40 in the game, I probably won’t be doing a vertical jump or these other things, but I definitely think it shows a lot of potential,” Golditch said. “When a guy like me goes out and jumps a 32.5 (vertical), it shows a lot of explosiveness. A 9.6 (broad jump), for a guy my size to get out that far, it shows what can be done (in a real game).”

Past all the testing portions that lead up to the NFL Draft, players have over a month of waiting before the event begins on April 26. Though the time gives players much-deserved rest, it also intensifies the anticipation and outside noise, something not always easy to ignore.

For Gallup, the best way to avoid distractions that may come from seeing his name on draft boards is easy.

“You’ve just got to stay humble, stay grounded,” Gallup said. “You come here and have two pretty good seasons, now they’re talking about you can go in the top rounds. I just need to stay grounded and know where I came from, that’s all I’m trying to do.”