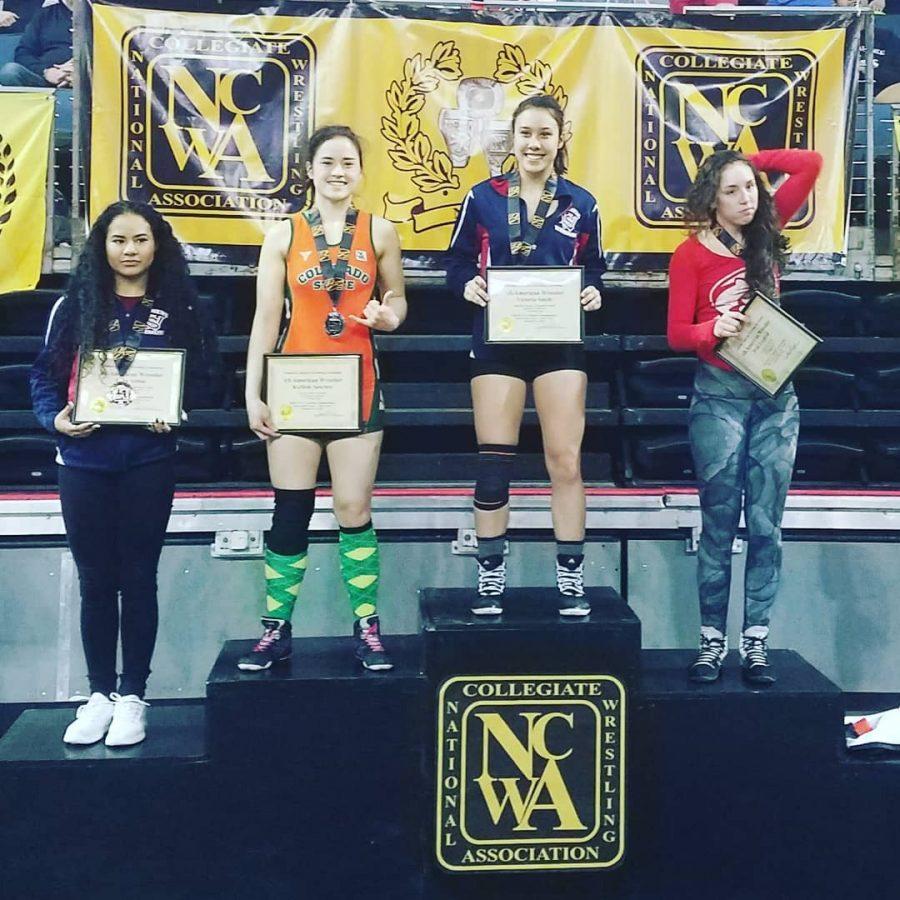 The Colorado State club wrestling team wrapped up its season over break at the National Collegiate Wrestling Association Nationals on March 10. The Rams had 13 members all looking for both team and individual honors. Although the team came up short in the team title hunt, two Rams came back to Fort Collins with All-American honors.

Junior and club president Kamele Sanchez made it all the way to the national title match before losing the last match of the year by a score of 21-10. This was the second time Sanchez earned the All-American honors with the last time coming in 2016. She was joined by fellow junior Kendal Davis who also placed second, earning her first All-American recognition. The losses were only the second and first losses for Sanchez and Davis on the season, respectively.

“The first time could have been circumstantial,” Sanchez said. “But a second time is a sign that I deserve to be there. There is nothing better than hearing all the guys cheering for me and to have Kendal on the podium with me.”

“We really put the work in as a team this year,” Davis said. “And all that hard work paid off. Although I came up short in my last match, I know I wrestled well and it was a great feeling to get to wrestle up on a stage in front of everyone.”

The men put up a good fight but were ultimately unable to make it to the podium. In the early round, the Rams were towards to top of the team standings, but some difficult losses started to cut several wrestlers out of the competition.

Freshmen Santana Salas and Blaine Nye and sophomore Colin Saiz made it to the blood round, just one win away from becoming an All-American. Although all wrestled tough, none were able to break through.

The Rams placed 22nd out of 74 teams in the overall team score after leading the Division II race through the first days of competition, eventually finishing 4th in Division II. Word started to spread throughout the arena that this CSU team was unlike any previous Rams squad, said head coach Kendall DeJonge. For DeJonge, the whole experience was a little bittersweet.

“It was amazing to bring a whole team to an event like that,” DeJonge said. “Unfortunately we were unable to get any of the guys on the podium and the ladies didn’t finish on top. But we will come back and work to be even better.”

CSU will build off what may be the most successful season in program history, which included the team’s first Great Plains Conference Championship. The experience they gained at Nationals will only make them a stronger team next year as the team has no graduating seniors and, barring any major injury, will return most of the lineup.

“We have all really grown as wrestlers and as friends,” Sanchez said. “With all the support and success we received this year, I am stoked for what we can get done next season.”

Collegian sports reporter Tyler Johnson can be reached at sports@collegian.com or on Twitter @TylerGjohnson20.