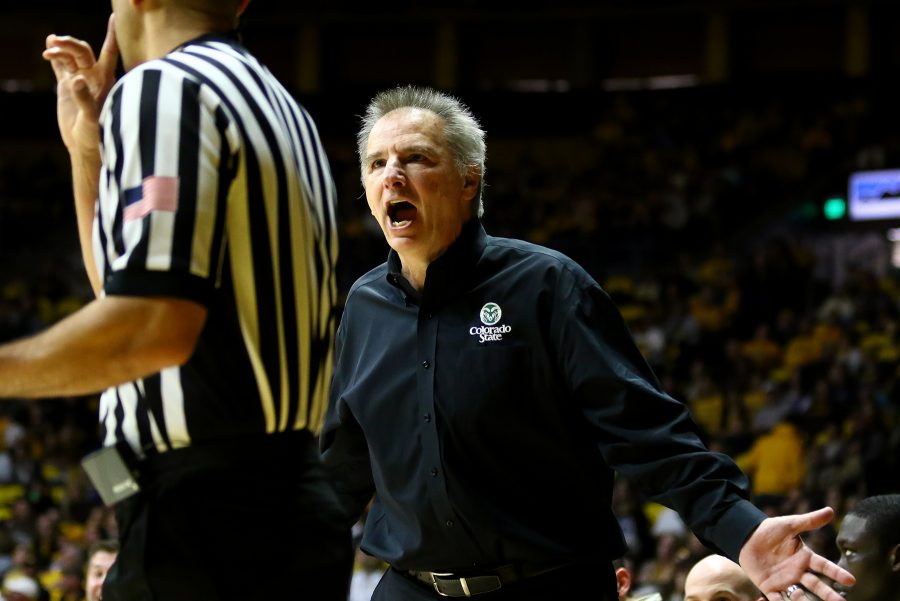 In 2012, Larry Eustachy and Ryun Williams stepped onto the campus of Colorado State University. Linked forever by the time period of their hiring, one took a program to one of its lowest points; the other already stands as the winningest coach in women’s basketball school history.

In 26 seasons prior to this year, Eustachy has had his share of conflict, both among the players, and among his conduct outside of the gym. With multiple reliefs of duty, Eustachy has had a tumultuous career to say the least.

Eustachy’s stint with CSU has seen him nearly fired by way of a recommendation by a “high-ranking university official” according to a report published by the Coloradoan. The report cited expletive-loaded slurs being yelled at players as well as conduct like throwing full soda cans at walls in frustration.

An admitted past alcoholic and an abusive coach according to ex-players, Eustachy’s success has been fogged. A career coaching record of 513-318 prior to his final season with the Rams speaks to the recruiting prowess and coaching knowledge that is possessed by the Rams’ coach.

However, his imprint has failed to keep players in town as only one player has completed a four-year stint under his tutelage with the Rams. The abuse that has been reported has also been disputed by several ex-players citing a hard-nosed approach to coaching, rather than an overuse of force.

An utter juxtaposition of Eustachy, Williams has led his program to a .643 winning percentage, better than Eustachy’s .617 percentage, controversy withstanding. Williams has also led the program to four regular season titles in his five years, as well as a Mountain West tournament championship.

After being pried from his alma mater South Dakota, Williams succeeded early on, accruing a pair of Coach of the Year Awards in just his second season. The team went to their first postseason tournament in a decade.

Williams walked into a program that had been on a downswing, searching for answers. In the previous five years before his stint began, the Rams were a combined 62-100, good for a .382 winning percentage. His first year was his worst at 11-19, but everything has come up roses for the coach since, failing to register a losing season.

Eustachy walked into a program on the opposite spectrum, with CSU having won at least half of their games in the three seasons prior to the start of his tenure. Eustachy continued the trend up until this season, going his entire stint without a losing season.

The worst of Williams outbursts can be seen in front of the Moby faithful, a yell in frustration, followed by a quick cool down and a calm talk with a player.

The difference in the two is seen in their ability to lead outside of the x’s and o’s. Lessons taught by Williams are done so in a manner fitted to the player, with confidence it will enable the player to utilize their talent. The lessons by Eustachy are given one way: through the strain of vocal cords.

Eustachy was given a second chance by CSU after his tenure with Southern Mississippi, following his stint gone awry with Iowa State. The firing came at the hands of Eustachy’s misconduct in which he was seen drinking and partying with players and students. The nail in the coffin was the presentation of pictures of Eustachy kissing college-aged women.

Controversy among the career of Williams is hard to spot, even under a microscope. He has stayed controversy free throughout his coaching career and paired the lack of news surrounding him with admiring alumni that speak glowingly, along with the fans who have followed him.

If Eustachy is relieved of his duties following the assessment, the Rams should follow the template laid forth by Williams. A smudge-free application of his own theories on coaching has left the program in position to succeed long after he departs, as well as the opening of international recruiting in abundance.

Parker chose to go with an approach that placed faith in Eustachy, giving him another chance at a high-level career on the sidelines. The next time around, an established coach with a clean record should be the top priority for the Director of Athletics. Compromises should not be made, regardless of the possible success.

Implementing a style that focuses on players that fit a mentality, rather than the most skilled players available will pay dividends for the next leader of men’s basketball at CSU. The previously mentioned groundwork has been applied by Williams and fueled the women’s team’s success. The men have still been successful amid the controversy and can still be a recruiting landmark for basketball players, especially in Colorado.

Though men’s and women’s basketball have their differences in the number of players that transfer each year, the men need to focus on keeping their players through their college stays, or up until the divine circumstance in which they are drafted. Continuity among the players can go a long way in reversing the losing trend following the current lost season.

The two programs should be examined before the next coach is hired and the lessons given by Williams should be sought after in the newest leader. Anything less needs to be considered a failure for CSU athletics.