Rams looking for inspiration at home against Spartans 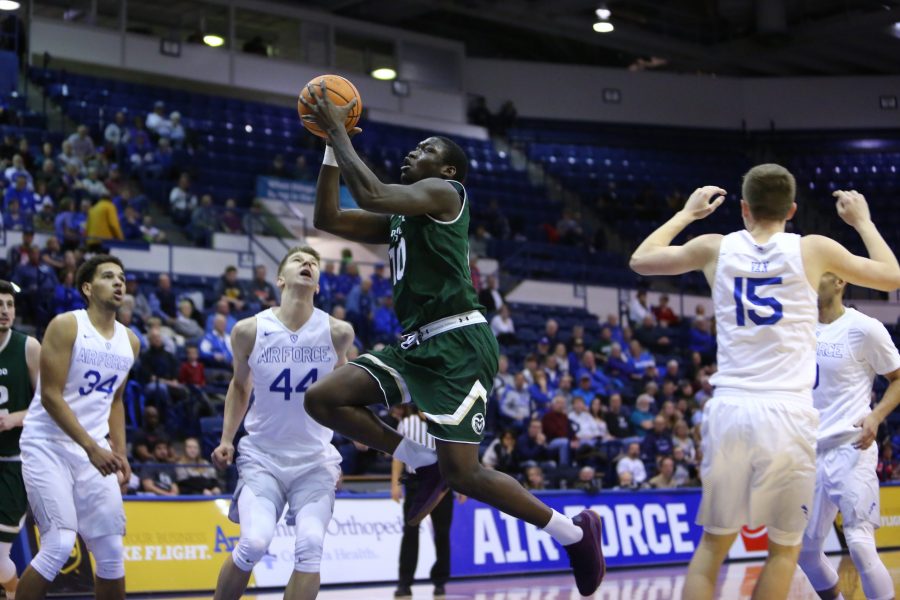 Making history is on the mind of every team when they take the court or field. Dreams of becoming champions for the first time or carrying on their team’s legacy of being the best run through the veins of every athlete.

But history can also come from the other end of the victory spectrum. Teams can be historically bad and create something that no future team wants to ever reproduce. The Colorado State Rams are in danger of falling into this historical category.

Coming into their matchup Saturday at home against the San Jose State Spartans, the Rams will be on a seven-game losing streak, their worst since they lost 17 in a row in the 2007-08 season. All seven losses have been within their conference schedule, leaving them 3-10 in the Mountain West and sitting in 10th place, only ahead of SJSU.

The Spartans are winless in conference and have only three wins all year, yet they carried an 11-point lead into halftime in their first matchup against the Rams back on Dec. 30 in San Jose. In the game, the Rams were out-rebounded 37-29 and the Spartans also shot better from the field with a 45.7 percent mark compared to the Rams’ 35.2 percent.

Junior guard Prentiss Nixon forced the second-half turnaround for the Rams as he finished with 19 points to lead the Rams. However, the Rams’ leader has missed several games due to injury and has been limited in the last two games, totaling only 33 minutes and seven points.

The emerging threat of the previous matchup between the Rams and Spartans was SJSU’s Ryan Welage who finished with 16 points that night and is also third in the conference in points per game with 18.7.

Outside of Welage, the Spartans do not appear to be excelling at any part of the game. They rank, as a team, in the bottom half of almost every category in the conference including their 66 points per game which ranks last.

If CSU wants to avoid the potential upset, attacking the glass should be a focus area like it has been already this year. The Rams rank fourth in the MW with 38.2 boards per game, led by Nico Carvacho who ranks second in conference with 9.8 a game, only 0.1 away from first. The Spartans are close behind at 36.3 and did win the battle on the boards last time out.

What made the difference for CSU came from the 23 turnovers committed by the Spartans in the first matchup, something that the Rams have not been able to recreate on defense since.

Often times this year, opponents have shot above average against the Rams. The best example is from the worst 3-point shooting team in the conference, the Air Force Falcons, draining shots against the Rams in both of Air Force’s wins. The cadets had not beat the Rams since 2011 until they won both games this year.

The defensive improvement will have to come without one of the Rams other leaders in junior guard J.D. Paige as he is still nursing a broken hand suffered back on Jan. 24 against San Diego State. In the meantime, the Rams will rely on Raquan Mitchell and Anthony Bonner to carry the load not only on offense, but defense as well.

CSU has not won the turnover margin since their 79-74 loss at home to UNLV back on Jan. 20. And even with their 9-7 advantage in turnovers, the Rams’ inability to close out halves resulted in them blowing the game against the Rebels.

Interim coach Steve Barnes described their end-of-half hiccups as “glitches” and continues to stress that the team is working hard to try to improve there. Part of the problem could be from the Rams’ lack of depth following the Nixon and Paige injuries which forced Mitchell and Bonner into starting roles that they did not expect to be in.

Down low has felt some fatigue factor as well from Carvacho and fellow big man Deion James seeing most of the minutes with only Logan Ryan there to sub in. In a game like the one against the Nevada Wolfpack in which all three forwards had four fouls, the minutes took an even bigger toll for Carvacho and James who were forced to stay in.

For now, the Rams focus looks to be on the Mountain West tournament at the beginning of March. The hope is they will be fully healthy by then and the assessment of head coach Larry Eustachy will not be hanging over the team.

Until then, the Rams are looking for a win and the Spartans might just be the team the Rams need to get their first home conference win and give the team some in-season inspiration.