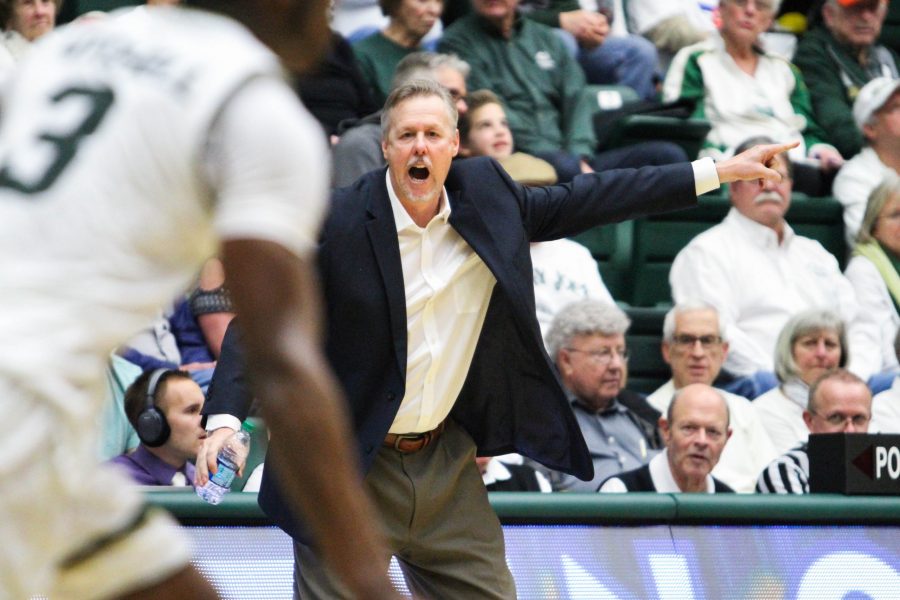 The announcement comes in light of the ongoing climate assessment into the conduct of head coach Larry Eustachy. A reported enabler of Eustachy’s conduct, Barnes lost the two games he served as the interim coach. Assistant coach Jase Herl will coach the Rams against San Jose State Saturday afternoon.

Barnes’ behavior with the team was called into question this week when CSU players boycotted practice Thursday afternoon. In addition to their frustration with the lack of communication between them and the athletic department, the players were upset that Barnes was named interim coach, Sean Star reported.

Prior to Friday’s practice, which the team did participate in, Joe Parker met with the players beforehand to discuss the assessment.

Barnes and Eustachy have known each other since childhood, playing high school basketball and rooming together at Chico State. The two have coached together throughout the majority of their careers, including stints at Idaho, Utah State, Iowa State, Southern Mississippi and Colorado State.

During Eustachy’s conflict-laden ending at Iowa State, Barnes was also surrounded by controversy. Amid negotiations between the university and Eustachy to part ways with the coach, Barnes allegedly encouraged team members and their families to protect Eusatchy’s job, leading to his suspension just one day after being named interim head coach.