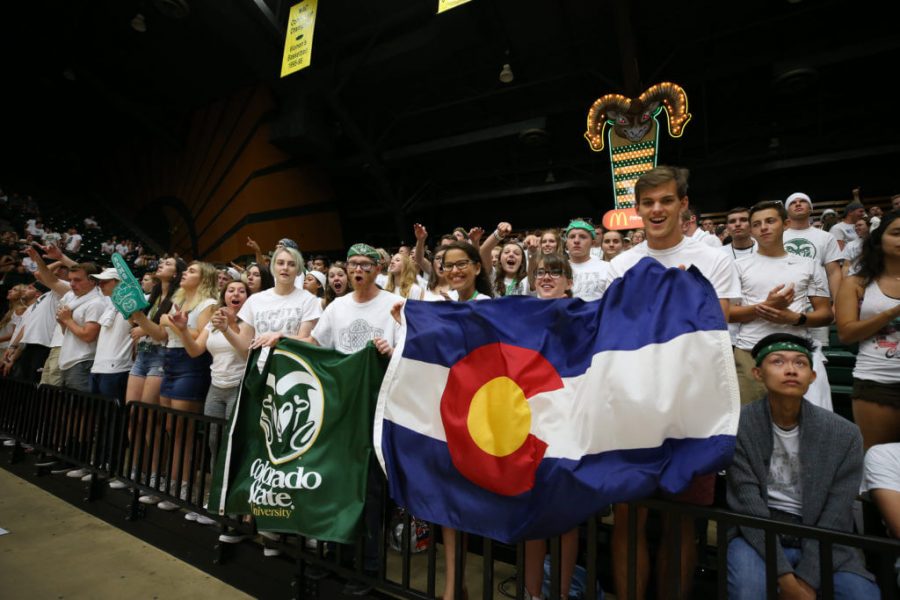 In a season where they went 29-4, CSU volleyball recorded the 12th best attendance in the nation at over 2,500 fans per match, the highest attendance for the Rams since 2001.

The 2017 season saw many records in Fort Collins, including the all-time kills record by senior Jasmine Hanna as well as coach Tom Hilbert’s 700th win. Standing as one of the most successful programs in CSU athletics, volleyball has become a draw for thousands on a weekly basis.

The Rams have built their rigorous following having hoisted the conference champion trophy in 13 of Hilbert’s 18 seasons as head coach. Additionally, CSU is home to eight of the last nine conference players of the year.

As well as alumni and outside fans, the Rams were also able to fill their student section in many of their premier matchups, including Duke and Colorado.

CSU eventually fell in the second round of the tournament and has not been able to use its home court to their advantage in the postseason due to a lack of strength in their conference. Playing in Moby as opposed to playing in a side gym like many teams in the country has allowed the Rams to bring in more fans and build a strong home-court advantage.

With most of their players returning next season, including reigning Mountain West Player of the Year, Katie Oleksak, and the conference’s Newcomer of the Year, Breana Runnels, the Rams will look to build their following on and off the court.