Aztecs down Rams behind hot shooting and CSU foul trouble 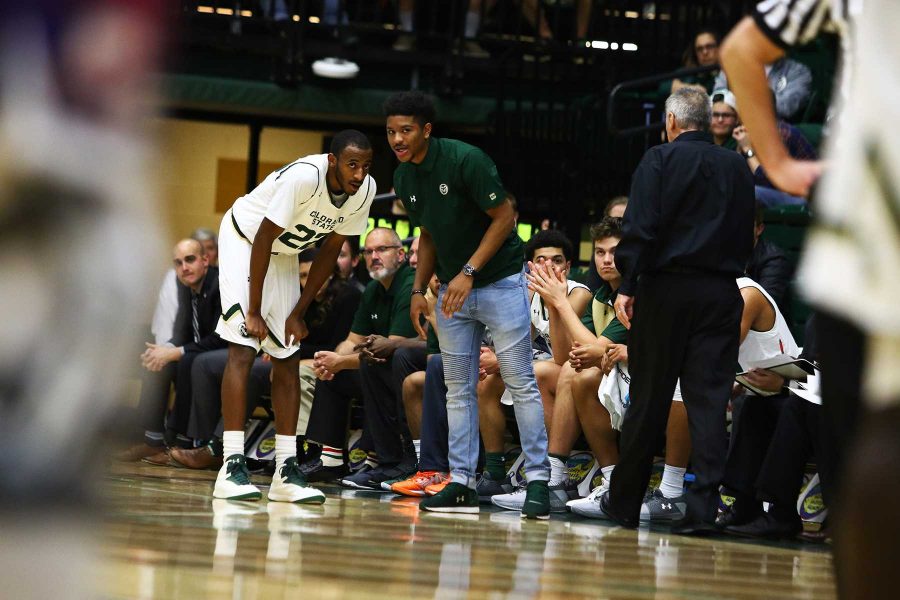 The Colorado State men’s basketball team fell victim to the hot hand of its opponents, this time in the form of the San Diego State Aztecs who defeated the Rams 97-78 Wednesday night. The Aztecs finished shooting 55.6 percent, including 43.3 percent from the 3-point line.

The matchup marked the 83rd time the two teams had squared off with the series tied at 41 a piece. The win for SDSU now gives them the outright program lead.

In the first half, the Rams (10-12, 3-6 Mountain West) tried to keep pace with the Aztecs’ (12-7, 4-4 MW) points barrage, but every made shot came with a counter from SDSU. Center Nico Carvacho even hit his second 3-pointer of his career to tie the game early at 14, but the Aztecs immediately answered with a triple of their own and never looked back as SDSU held the lead the rest of the way.

Max Montana had most of the answers as he led the Aztecs with 20 points including a 5-for-9 performance from 3-point range. CSU guard Anthony Bonner led all scorers with 22 as he shot 68.8 percent from the field in the absence of the Rams’ guard Prentiss Nixon who sat for the second consecutive game with an ankle injury.

Defensively, the Rams were forced to back down as fouls plagued them all night by having eight in the first half and 13 in the second. Bonner quickly grabbed seven points in the first half and looked to take charge on offense, but two quick fouls left him on the bench for most of the opening stanza.

The frustrating fouls came as salt in the already deep wound the Rams suffered from the first half where the Aztecs ended up shooting 62.1 percent from the field.

The biggest dagger of them all came at the end of the first half when the Aztecs took control with an 11-2 run to end the half up at 47-33. The Rams’ sparky backup guard Raquan Mitchell made a jumper to pull the Rams within five, but the counter of SDSU came in the form another drained 3, this time from junior Jeremy Hemsley.

CSU looked to avenge their 77-68 loss at home earlier in the year to SDSU but instead lost by an even larger margin. What hurt the Rams last time occurred down low by the Aztecs leading in rebounds and points in the paint, something the Rams turned around Wednesday.

CSU out-rebounded the Aztecs 31-28 and held the points down low in check with a slight 34-26 advantage for SDSU. An abundance of 3-pointers and the 10 more trips to the charity stripe for the Aztecs helped them expand the gap, though.

Carvacho helped the Rams change their narrative down low by picking up 14 points and 12 boards for a double-double. Outside of Bonner and Carvacho, the Rams put together only 29 more points while shooting 48.3 percent from the field.

The heart of the Rams’ game plan is to drive to the basket and score or get fouled, but the philosophy was not on display as seen by the Rams’ 11 free throw attempts in the entire match. SDSU finished with only 12 fouls.

The strangest moment of the game came midway through the first half when head coach Larry Eustachy believed that the referees heard him call a timeout as he started to walk onto the court. They did not hear this call from Eustachy and instead assessed a technical foul for walking onto the court during a free throw.

Cleaning up the fouls might not be easy for the Rams in their next match on the road against the New Mexico Lobos. Last year the two squads infamously got into heated scuffles on and off the court in a matchup at Moby Arena and the bad blood could still be present come Saturday. The game is set to begin at 7 p.m. MT.