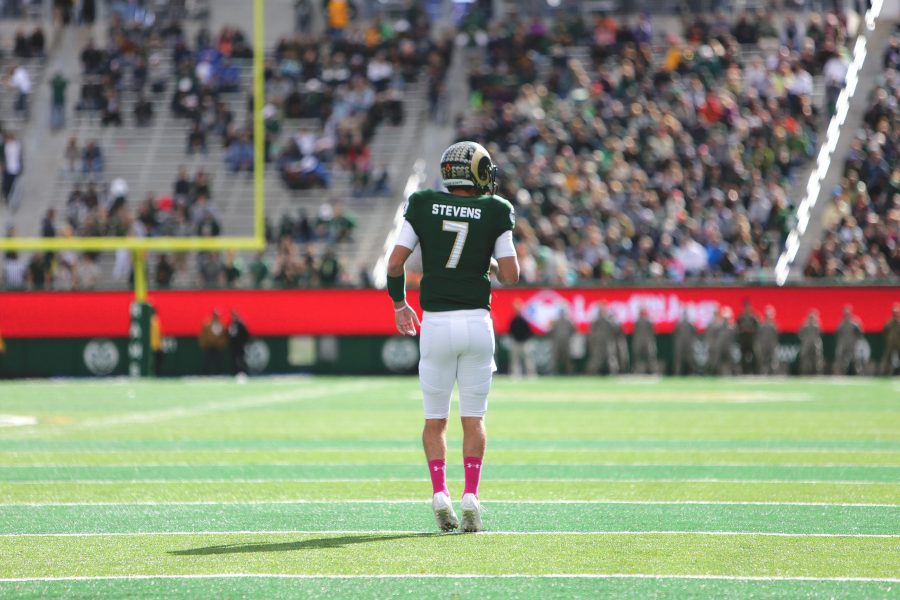 Stevens is the second CSU player this week to accept an invitation to the annual NFL prospect showcase. Senior center Jake Bennett will also be participating in the event.

Through 12 games this season, Stevens has been one of the most efficient passers in the country. The Murrieta, Calif. native has completed 64 percent of his passes and leads the Mountain West in passing yards (3,479), passing yards per game (289.9) passing touchdowns (27) and total offense (301.5).

Stevens set a single-season program record with seven 300 yard passing performances in 2017.  His 27 passing touchdowns are the second-most in a single season by a CSU quarterback.

“I am really proud of the way Nick has grown, not only as a quarterback, but as a leader,” said head coach Mike Bobo in a release. “The way he has handled adversity and continued to improve makes him very deserving of this opportunity to showcase his abilities at the East-West Shrine Game.”

Along with the game, the players come together for the beneficiary of the event, Shriners Hospitals for Children®, an international pediatric specialty health care system that treats children in orthopedics, spinal cord injuries, cleft lift and palate, and burns, regardless of the families’ ability to pay.

The 93rd edition of the East-West Shrine Game is scheduled for Jan. 20 at 1 p.m. MT at Tropicana Field in St. Petersburg, Fla.The game will be televised live on NFL Network.