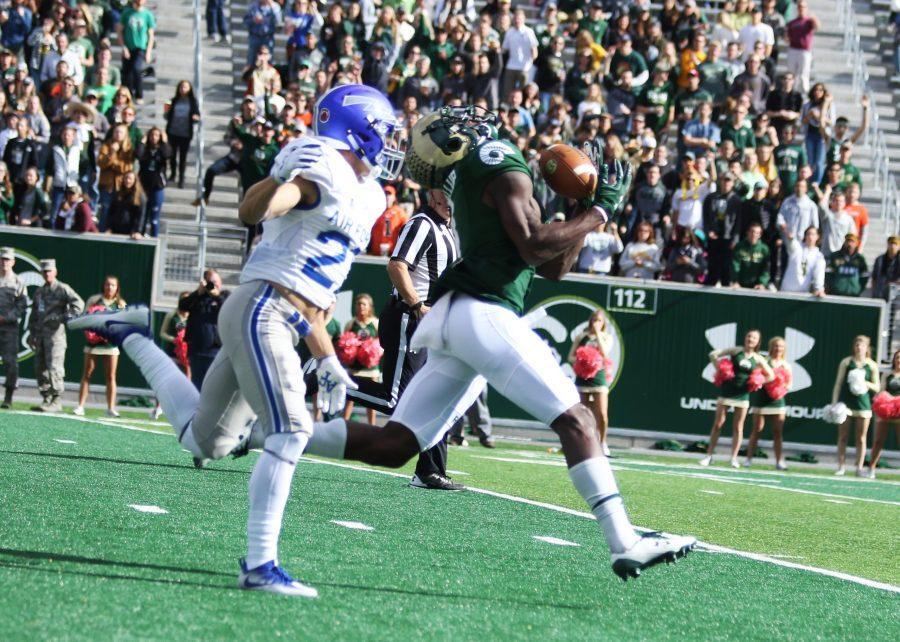 Senior Wide Reciever Michael Gallup (4) snags a pass from Nick Stevens that turned into a 55-yard touchdown during the 1st half of the Rams loss to Air Force 28-45. (Javon Harris | Collegian)

On the heels of finishing as a finalist for the Biletnikoff Award, Gallup capped an impressive list of season-long accolades with his consensus All-American selection. Gallup joins Oklahoma State’s James Washington and Memphis’ Anthony Miller as wide receivers on the team.

Gallup earned first-team honors from the Walter Camp Football Foundation and FWAA while being selected to the second team by the AP and AFCA. Miller also earned two first-team selections and Washington was a unanimous first-team pick in all five polls.

Gallup finished the regular season with 94 catches for 1,345 yards and seven touchdowns. He ranked fifth in the nation in receiving yards and third in total receptions, while leading the Mountain West in both categories. Gallup will conclude his career at Colorado State in the New Mexico Bowl against Marshall on Saturday, Dec. 16. Kickoff is set for 2:30 p.m.