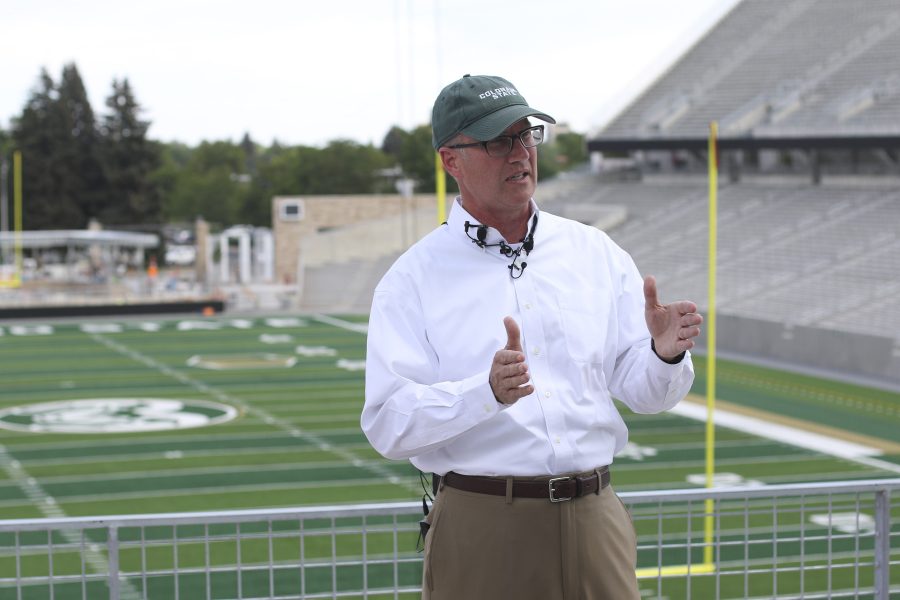 Colorado State Athletic Director Joe Parker has signed a contract extension through 2022, the university announced Tuesday morning. Hired in March of 2015, Parker is in his third year as Director of Athletics at CSU.

During Parker’s tenure, CSU has seen consistent athletic success across the board and the department has been highly regarded for the handling of the on-campus stadium. Under Parker’s guidance, the Rams have claimed 10 total Mountain West Championships and the football program has qualified for three bowls.

During the 2015-16 academic year, CSU’s volleyball and women’s basketball programs both went undefeated in their 18 MW contests, making CSU the fourth school in NCAA history to have dual undefeated conference seasons.

“Colorado State University is a special place and it is very gratifying to have the confidence of President Frank and the Board of Governors,” Parker said in a release.

“We have a great team of professionals in our athletics department, and together we are setting an ambitious course to support our students in the classroom and in competition, and we are seeing great results. As we look to the future, we have the right foundation, the right institutional support, the right coaches and a fantastic group of students competing on behalf of CSU. We’re excited about what is ahead, and are optimistic the future is bright.”

Along with success on the field, student-athletes have seen success in the classroom. Since Parker was hired, CSU’s student-athlete graduation rate is 65 percent which is three points higher than the conference average.

During the 2016-17 school year, 152 CSU student-athletes earned Academic All-MW recognition for achieving a grade point average of 3.0 or better and competing in at least 50 percent of the team’s varsity contests during the year.

“Joe has done a terrific job of focusing on building an environment where our student athletes are able to compete and win the right way, while always remembering they are students first,” CSU President Tony Frank said of Parker.

Frank regarded Parker’s commitment to the university and the community it resides in. He also praised Parker for his thoughtful and focused leadership during his time at CSU.

“The atmosphere Joe creates produces impressive results for the university to be proud of,” Frank said.

With Parker leading the way, CSU has secured new apparel deals with Under Armour and signed an enhanced long-term multimedia rights partnership with Learfield. The Under Armour negotiation was the highest ever revenue total for the university, valued at roughly $10 million more than the previous contract.

Parker’s new contract with the university runs through Dec. 31, 2022. Parker will earn a base salary of $400,000, an increase of $50,000, while other terms of the agreement remain the same. His compensation is the third highest in the Mountain West and in the top quarter among the Group of 5 institutions.