Rams still have plenty to play for against Boise State 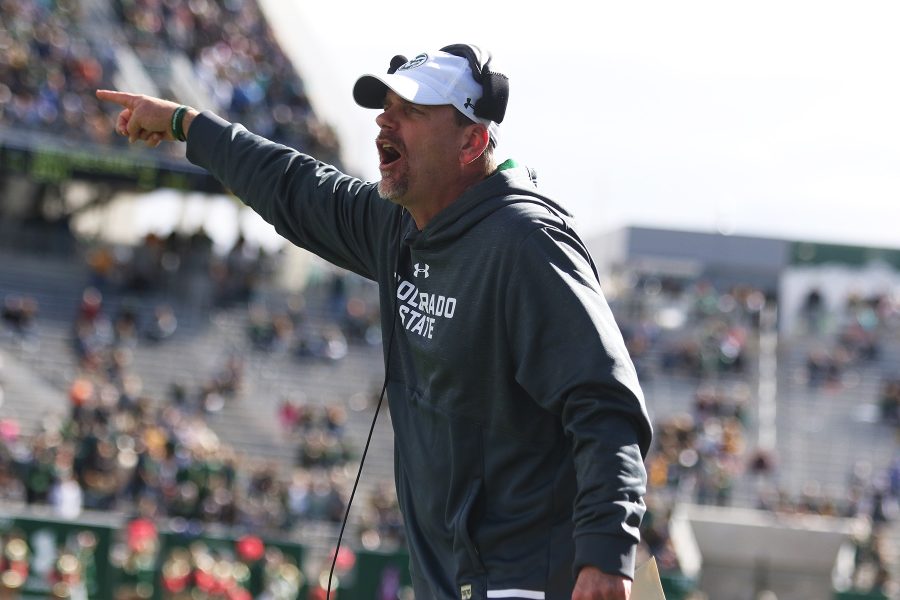 Head Coach Mike Bobo reacts to a call early in the first half of the Rams' loss to Air Force on Oct. 28, 2017. (Javon Harris | Collegian)

Having lost control of its own destiny in the Mountain West Championship race, Colorado State football will need a litany of help to win the conference this season.

Given the unlikelihood of all the necessary scenarios playing out, a season littered with promise has taken an unforeseen turn. That said, CSU still has plenty to play for in 2017.

Coming off of a pair of conference losses, the Rams now turn their attention to a Boise State program which they have never defeated. The Broncos have won all six previous matchups and will come into Fort Collins as the hottest team in the conference. For head coach Mike Bobo, that offers the ability for his team to rebound in emphatic fashion.

While a MW Championship is likely out of the question, beating a team of Boise State’s prestige is more than enough reason for the Rams to approach this game as any other. In fact, the opportunity to do something they’ve never done may lend extra incentive to an already important game for the university.

CSU will wear its State Pride uniform against Boise State. While that has no outcome on the Rams’ preparation for Saturday, Bobo realizes the duty he and his team have.

“We’re wearing State Pride (uniforms), we need to take pride in our football team, our performance and who we represent,” Bobo said. “That’s how we’re gonna approach it; you don’t lay down, you don’t quit when things don’t go your way.”

CSU’s struggles in the most important games throughout the last three years have been widely documented. For a team gleaming with promise, the inability to take the next step has been problematic.

Bobo acknowledges that Saturday presents an opportunity for the program to begin making that final leap.

“Great opportunity this week playing a team we’ve never beaten before that is one of the best teams in this conference, one of the better teams in the country. An opportunity to try to get us over the hump,” Bobo said. “But we can’t just show up and expect it to happen, we’re gonna have to win it within the game.”

Despite the fact that CSU no longer controls its own destiny, nothing changes for Bobo. He will be ready come game time, and expects his team to be as well.

“The other thing I’ve talked about when I’ve been here is I want competitors,” he said. “I don’t care what I’m doing, who I’m playing or what it stands for, I’m gonna be ready to play this week and I expect my team to be ready.”