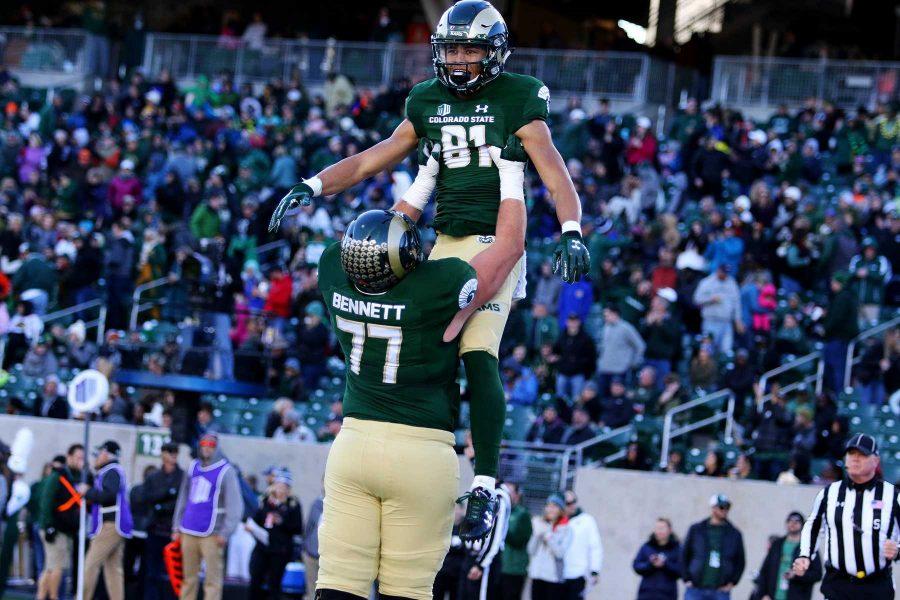 The 2017 season did not play out how Colorado State football hoped it would. After coming into the year with Mountain West Championship expectations, the Rams capped off a third consecutive 7-5 regular season with a 42-14 victory over San Jose State on Senior Day.

While the season certainly did not meet expectations within the locker room, Saturday’s victory over the Spartans caps off a fifth-straight season in which the Rams are eligible for a bowl game. In the 100-plus year history of Colorado State football, only one other time have the Rams made five consecutive bowls (1999-2003).

Playing in the final home games of their collegiate careers, quarterback Nick Stevens, running back Dalyn Dawkins and wide receiver Michael Gallup put on a show for the Colorado State faithful.

In an extremely efficient outing for the CSU offense, Stevens threw for over 300 yards for the seventh time this season. Stevens’ seven 300-yard games in a single season sets a new program-record, passing Garrett Grayson who accomplished the feat six times in 2013 and 2014. When the final whistle blew, Stevens finished 26-of-32 for 305 yards and three passing touchdowns.

“Nick Stevens played outstanding,” Bobo said. “He converted on a lot of third downs and he delivered the ball to a bunch of different playmakers.”

His starting running back, Dawkins, finished with 24 carries for 138 yards, leading the Rams in rushing Saturday afternoon. In total, the Louisville, Kentucky native has rushed for at least 100 yards in seven of the last eight games and has rushed for 1,347 yards in 2017. With 3,137 rushing yards to his name, Dawkins is now the third leading rusher in program history.

“Dalyn (Dawkins) is the heart and soul of this football team,” Bobo said.

The third-year head coach explained that while Stevens and Gallup receive the majority of the attention from the media and fans, it’s Dawkins’ tough running that has been the biggest “X factor” for the Colorado State offense.

“This offense is a direct reflection of Dalyn Dawkins,” Bobo said. “He has gotten better every single year. I’ve been around a lot of backs, coached a lot of good backs. And this is one of the most complete backs that I’ve ever been around. He can run between the tackles. He can run outside. He can pass protect. He can catch the ball out of the backfield and he is totally unselfish.”

“Mike (Gallup) did not have the numbers that he’s had but he dictated a lot of coverage, which opened things up for other guys,” Bobo said.

Along with the seniors, sophomore running back Rashaad Boddie also had a nice outing. He was able to find the end zone twice in the first quarter, one week after fumbling the football against Boise State in overtime.

With a recorded attendance of 25,743 Saturday, CSU football set a new program record for total attendance in a single season with an average of 32,062 fans per game (192,369 total).

Senior center Jake Bennett capped the successful Senior Day by proposing to his girlfriend Jenny Evans on the field following the victory.

The Rams will have a bye week next weekend and will find out what bowl game they are playing in on Sunday, Dec. 3. Fellow Mountain West foes Fresno State and Boise State clinched appearances in the conference championship game on Saturday, Dec. 2. with the Bulldog’s 13-7 victory over Wyoming Saturday afternoon.