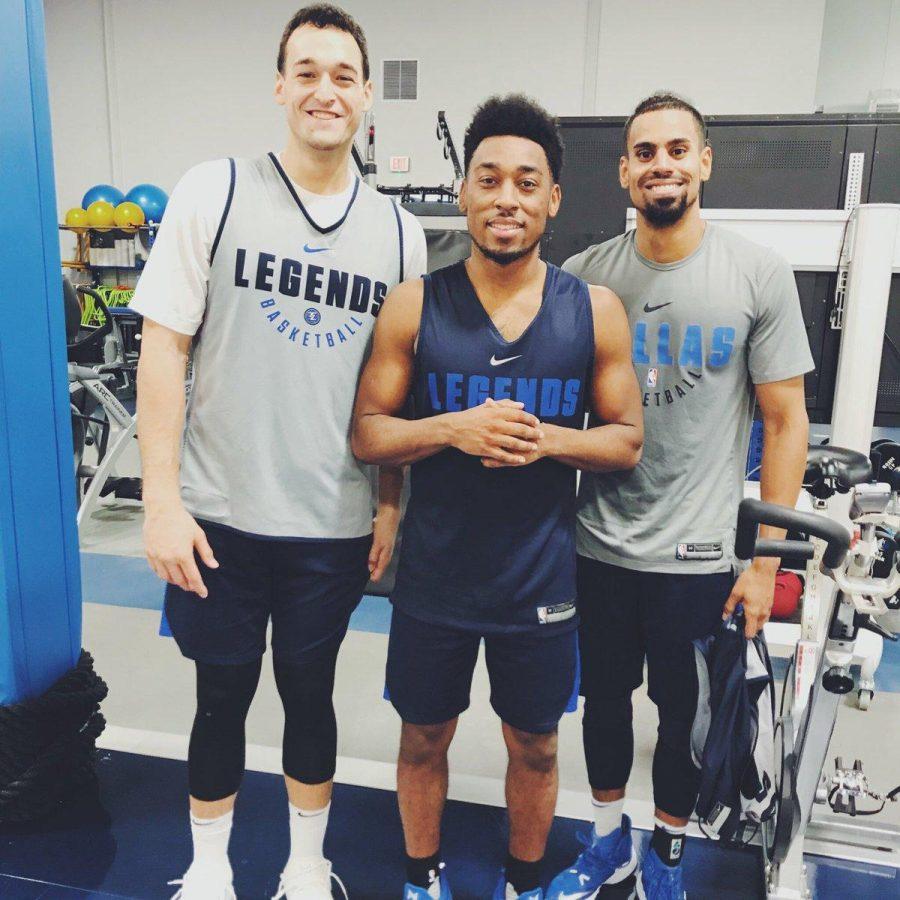 The last few years have been a roller coaster for Colorado State’s men’s basketball team. After a 27-7 record three seasons ago, the Rams have faced high expectations and major let-downs with high player turnover rates and public controversies.

Three members of that 2014-2015 team have had their own bumpy rides in the time since, but now all three are together again. Gian Clavell, John Gillon and JJ Avila will look to build on their talents in the NBA G League this year for the Texas Legends, an affiliate of the Dallas Mavericks.

“All the things I went through this summer have led me to this,” Gillon said. “It feels good to be back with JJ and Gian. We have great chemistry on the court and it’ll just make the transition easier because I’m playing with players I’ve already played with.”

In basketball, the players around you help determine your usefulness. Playing with people who understand your play and personality can make you look great. Having people who don’t can make you look awful. Possibly more so than anyone else, Avila is very familiar with these truths.

Being a statistical leader of the team in the 2014-15 season, Avila was absolutely a big-man on campus. His picture was on billboards, he drew attention from national news outlets and he was helping lead one of the rare, nationally ranked CSU teams. Still, coming out of CSU, Avila was described as a fringe NBA talent.

Still searching for that success in a league where the turnover rate is typically high, it can only help Avila to have teammates around him who understand his talents.

After a stint in the NBA Summer League and a respectable season in Belgium, Avila returned to the U.S. and was signed to the Windy City Bulls last October. However, the Bulls traded Avila, who proceeded to experience success and develop a stronger mindset after the trade.

“Just taking it day by day is the mindset I’m going through right now, that’s what I really learned last season,” Avila said. “I don’t think I did that very well toward the beginning, but I learned it toward the end so I want to keep that mindset going this whole season.”

That mindset, along with teammates who know his game, could help propel Avila this year. The chemistry that exists between the former teammates should help emphasize the talents he already has, something each player echoed as important.

“Obviously you have to work on your weaknesses, but they say to make your strengths into absolute strengths,” Avila said.

Of the areas that Gillon is looking to improve upon, shooting may be the most critical. He revealed that he is just trying to work on the things he’ll realistically be doing if he gets the call to the NBA.

“There’s only a few stars and then the rest are role players, so I’m working on what realistically my job would be,” Gillon said. “I’m gonna have to play defense, pick up fully, get my teammates the ball, hit all my open shots and not turn the ball over.”

After leaving CSU to play for Syracuse in his senior year, Gillon had a few NBA workouts and a brief stint in France that didn’t work out because of contract complications. After being drafted by the Legends, Gillon decided it was best to come to Texas.

“I decided to come home and pursue the G League, because my overall goal is to play in the NBA,” Gillon said. “I thought that would be the best thing for my career. I thought I should just go for it.”

The point guard hopes he’ll have old CSU running mate Clavell to help add some assists and open up driving lanes for him during his time with the Legends. After receiving one of the NBA’s new two-way contracts, Clavell has started the season bouncing in between the Mavericks and the Legends.

While confident, Clavell is being level-headed about his NBA future. He’s displaying the type of composure that some teams may have worried he lacked after a controversial college career.

“I see a future with Dallas, of course, but I just got to be patient,” Clavell said. “It’s a process.”

Patience isn’t something Clavell’s always practiced on the court. But his brash, confident style of play has gotten him this far, and he doesn’t plan to stop now.

“I have to do what I do best, that’s why I got called into the NBA,” he said. “Doing what I do best, not trying to do something I don’t know how to do. You know, just keeping it simple.”

Given his propensity to provide instant offense, Clavell understands what his role is off the bench.

“Just come in the game, change the pace of the game, and just bring energy,” Clavell said of his potential role with Dallas. “Just knock down shots and be a game changer.”

He showed enough to earn a contract this summer, but for him to stick in the NBA, he’ll have to be a more consistent shooter than he was throughout the summer. Bad shooting nights are inevitable, but playing alongside CSU players he already knows well could help Dallas evaluate the spots to play Clavell when he’s called up.

The 2014-15 Rams had unfinished business when they lost in the Mountain West Tournament a few years ago, and some of them still do now. Back together again, the three former Rams will look to regain that success with the Texas Legends.

Collegian sports reporter Mack Beaulieu can be reached by email at sports@collegian.com or on Twitter @Macknz_James.