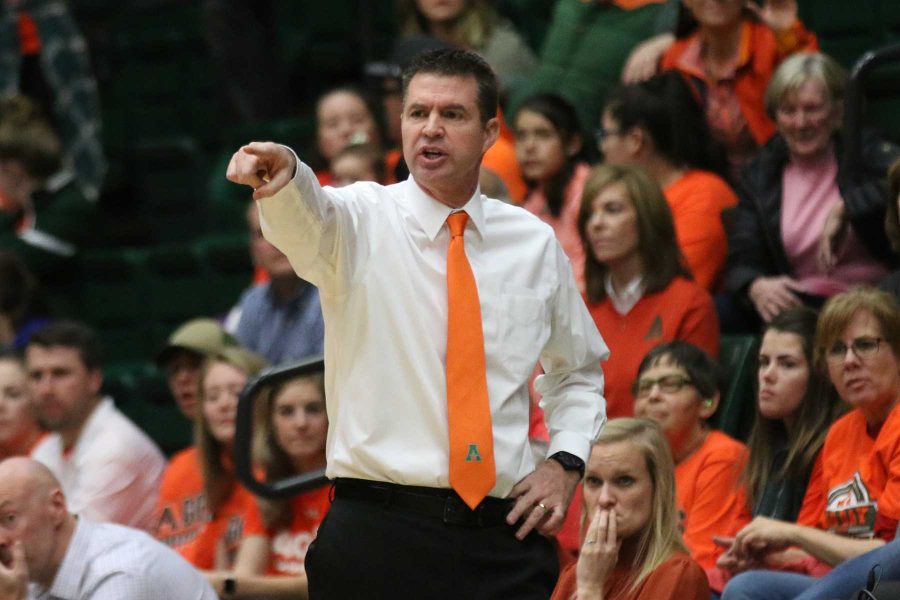 The Colorado State women’s basketball team will open the season in defense of their fourth consecutive Mountain West regular season title. But before the Rams can even think about cutting down the nets at Moby Arena for a fifth time, head coach Ryun Williams needs answers to some key questions.

For the better part of four years, the Swedish duo of Ellen Nystrom and Elin Gustavsson has given the Rams a steady heartbeat and an identity to fall back on. With the pair now playing professionally overseas, competition is heating up for who will lead this group in 2017-18.

“We’ve got a lot of heated battles going on in practice right now for a lot of spots,” Williams said. “There’s just no standout. We don’t have the player of the year type of player, but we have a lot of good players.”

Although CSU will be without their Swedish studs, the Rams won’t be completely lacking in experience. Along with Gustavsson and Nystrom, only Hannah Tvrdy and Stine Austgulen cracked 900 total minutes last year and both will be returning for their senior seasons.

While the experience of Austgulen and Tvrdy is invaluable to the Rams, the team can also learn from their consistency on the court.

“Nobody is going to play harder than Hannah Tvrdy, so she leads by that example,” Williams said. “She’s a really uplifting, positive vibe on that basketball floor and same thing with Stine. She’s just a steady Eddy. We know exactly what we are going to get from Stine on almost every possession.”

Austgulen and Tvrdy provide the Rams with a wealth of in-game experience, but that’s juxtaposed by an inexperienced group of three freshmen and three redshirt freshmen. Before the season gets rolling, Williams is focused on teaching this new crop of talent how to compete at the collegiate level.

“The inexperience really shows at different phases of practice,” Williams said. “We’re just really learning as a team, and especially those kids with some inexperience, just how competitive this thing is. They’re learning how to compete and that it’s not okay to make simple, silly mistakes sometimes.”

Learning to compete begins in practice and that’s an area the Rams have struggled to perfect in the young season. CSU would like nothing more than to raise another championship banner, but that won’t be a reality if they can’t put together a solid practice.

“My goal right now is to get through one practice where we concentrate for two hours and everybody’s locked in. And we’re not even close to that,” Williams said. “To think about a conference championship, we’ve got so many steps ahead of us.”

For the last several weeks, the Rams have been perfecting their craft against one another in practice. On Wednesday at 7 p.m., CSU will be able to put their skills to the test against UCCS at Moby Arena. Even though it’s an exhibition game, Williams said he will try to get every player on the floor and treat the contest like it’s a real game. The result won’t count in the record books, but Williams thinks he can learn a lot about this squad on Wednesday.

Following the exhibition, the Rams won’t be under the Moby Arena lights again until the season opener versus Idaho on Nov. 10 at 5:30 p.m.