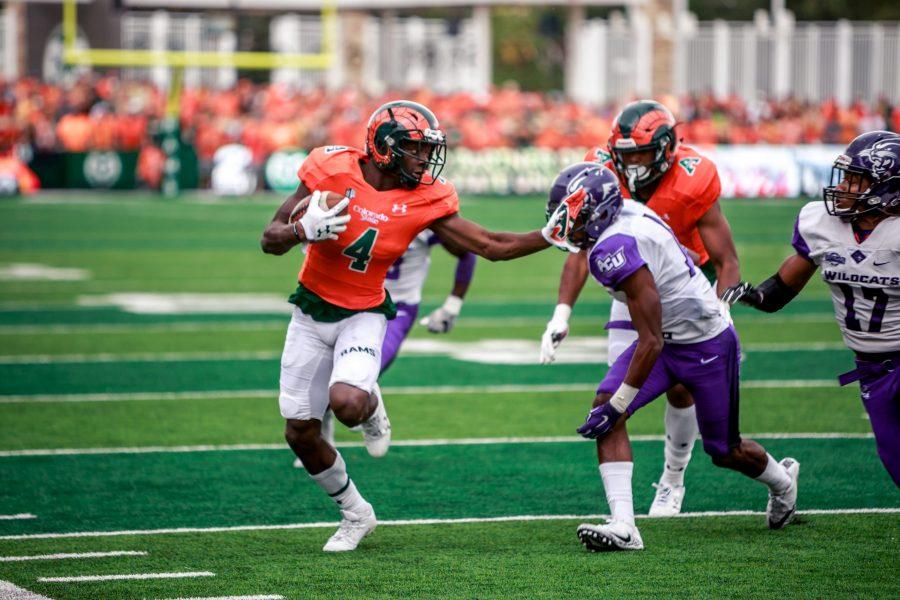 In what some believed would be a trap game for the Rams in their first Mountain West contest, the Rams upended Hawaii 51-21. Meanwhile, Utah State is working on a two-game win streak in which it has blown past its opposition. First, the Aggies pummeled San Jose State in their first Mountain West game by a score of 61-10. Last week, Utah State picked up a convincing 40-24 victory over BYU.

While much of its momentum has been on the offensive side of things, Utah State’s defense has made a lot of noise early in the season.

“We don’t want to give them free opportunities and turn the ball over,” head coach Mike Bobo said. “Sometimes turnovers happen. Guys play extremely hard and give an extra effort. That’s where they have generated a lot of their turnovers, by getting a number of heads to the ball, playing extremely hard, getting some pressure on the quarterback.”

The Aggies currently lead the NCAA in takeaways with 16. Senior cornerback Jalen Davis can be given a lot of credit for this. Individually, Davis leads the NCAA with five interceptions and 120 interception yards. Hands down, Davis will be one of the best cornerbacks CSU has faced so far.

“He (Davis) has a lot of talent and you have to take that into account going into this game,” junior wide receiver Olabisi Johnson said. “But, you definitely get lucky with picks sometimes. I think BYU gave him a few picks there, so that definitely helps. But, either way, he’s definitely a good player.”

While it’s evident that the Aggies are weaker when it comes to defending the run, the Rams’ receiving corp doesn’t believe CSU has to lean on the run any heavier than normal to have offensive success.

“I always think our run and pass games work hand in hand,” senior wide receiver Dietrich Clark said. “We are just focusing on what we’ve been doing. We have one of the best offenses in the country. We just need to stick to the print. It will definitely be a challenge, but if we do our jobs as wide receivers we’ll be fine.”

Despite the productive start to the season, the wide receiver acknowledges that there are specific things the Rams’ receivers need to work on to do damage against the Aggies.

“We just have to practice a little bit harder this week,” Gallup said. “The coaches have been saying since Sunday that they (Utah State) lead the nation in takeaways. So we just have to catch everything, tuck everything, that’s about it.”