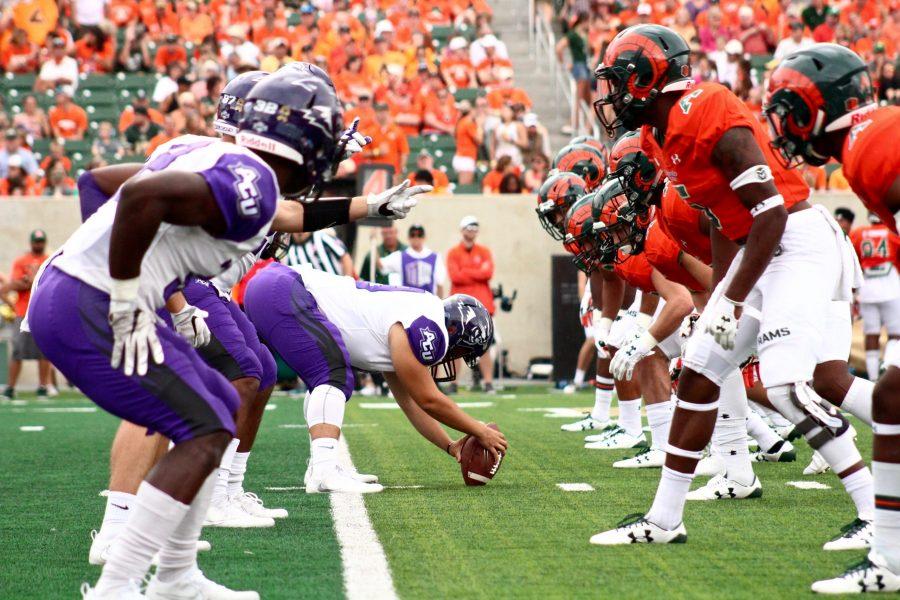 CSU defense lines up before the snap against ACU on Sept. 9, 2017. (Matt Begeman | Collegian)

The North Carolina native picked CSU over nine other offers, including fellow Mountain West foe, Air Force. Williams also holds offers from Appalachian State, Eastern Kentucky and Marshall. According to 247Sports, Williams is the No. 1 tight end recruit coming out of the state of North Carolina

The 6-foot-3, 220 pound tight end out of Zebulon B. Vance High School in Charlotte, NC. announced his decision on Twitter Wednesday. In the post, Williams tweeted that he was committing to the Colorado State University!

NCAA rules prohibit head coach Mike Bobo from commenting on a specific individual before they have signed a national letter of intent, but the third-year CSU coach confirmed Williams’ commitment on Twitter as well, tweeting “It’s a great day to be a Ram! Creating another pipeline with another playmaker tonight.”

It's a great day to be a Ram! Creating a pipeline with another playmaker tonight! #B18Horns