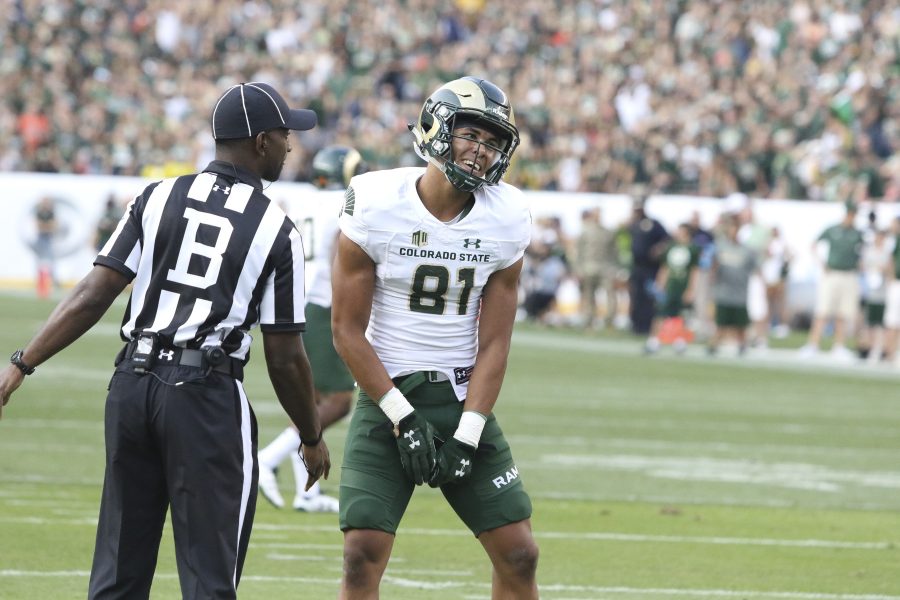 During Friday night’s showdown between in-state rivals Colorado and Colorado State, two teams stepped on the field but only one was given a fair chance to win.

In a game where the Rams had nearly 120 yards of passing offense and multiple touchdowns taken away by the officials, CSU fans found themselves perplexed and wondering if what they were watching was really happening.

Following the 17-3 loss, CSU head coach Mike Bobo addressed the media appropriately. The third-year head coach stood at the podium and made zero excuses about how his team was jobbed by the zebras.

Bobo explained that despite getting an extremely gritty performance from his defensive unit, the offense was only able put three points on the board.

Obviously frustrated about the pass interference calls on his wide receivers, Bobo could have gone off about the piss-poor field judge that took the game out of the hands of his team. It would have cost him $20 thousand in fines from the league, but with an annual salary of $1.5 million, nobody would have been surprised if he told the world exactly how he felt about the game.

Instead, Bobo took the high road. He took ownership in the fact that his team’s ultimate goal was to win the game and no amount of excuses changes that. Bobo’s spin of Friday night’s loss was admirable and probably the right decision from a public relations standpoint.

As a Division I head coach, Bobo knows there is nothing positive that would have come from throwing a fit after the game. I refuse to take the same diplomatic approach though.

After getting punched in the mouth early, CSU never stopped competing on both sides of the ball and if they would not have been absolutely screwed by the officials, the Rams very well may have found a way to win the game.

Obviously there is no guaranteeing that the green and gold would have been able to pull off the victory, but the fact that they were robbed of the opportunity to do so is complete and utter malarkey.

As someone that has watched thousands of football games in my day, I can say with certainty that the Rocky Mountain Showdown was the first time I have ever seen one official call offensive pass interference three separate times in a single game.

Beyond the pure absurdity of it all, the calls were blatantly wrong and that is what will be the toughest pill for Ram fans to swallow.

In the 2016 game when CSU lost by 37 and never had a real chance to win the game, the performance was unsettling but the Buffs were clearly the better team that night. That was definitely not the case Friday night.

Colorado won the first 30 minutes of play. They dominated the line of scrimmage and moved the ball up and down the field at will. Using a nice mix of running back Phillip Lindsay and quarterback Steven Montez in the passing game, the Buffaloes looked like the offensive unit that many predicted they would be.

The second half was a different story. The CSU defense completely shut down Colorado and the Rams offense was able to consistently drive up and down the field. Despite continually having big plays taken away from them, the Rams continued to come at the Buffs with everything they had and you could feel the tide turning in the game.

It is truly unfortunate that college football fans were robbed of an excellent comeback effort Friday night, but if Ram fans take anything from the loss, it should be that this team more than proved they belong.

With ten games left in the regular season, if the CSU defense continues to perform at a high level and the offense produces like they should, the Rams are going to be a tough opponent for anyone they face. Do not let the frustration of Friday’s loss diminish your excitement for the rest of the 2017 season. The Rams are just getting started.