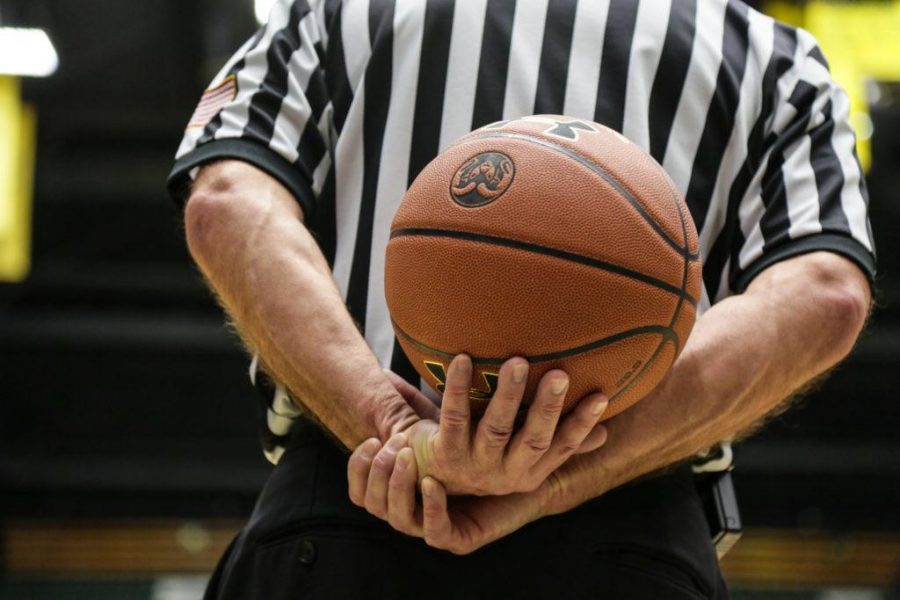 An official holds the ball before tip-off. (Collegian file photo)

According to Federal prosecutors, at least three recruits were promised payments of as much as $150,000 to attend two different universities. Along with Jurich, Cardinals head coach Rick Pitino was also placed on administrative leave by Louisville, according to ESPN’s Mark Schlabach.

In a statement released to the public on Tuesday, Pitino stated that the allegations were shocking to him.

“If true, I agree with the U.S. Attorney’s Office that these third-party schemes, initiated by a few bad actors, operated to commit a fraud on the impacted universities and their basketball programs, including the University of Louisville,” he said. “Our fans and supporters deserve better and I am committed to taking whatever steps are needed to ensure those responsible are held accountable.”

They were accused of funneling $100,000 to a high-level basketball recruit, referred to as “player-10” in June at the request of a Louisville basketball coach. Although the player has not been publicly identified, “player-10” is widely believed to be former 5-star guard Brian Bowen, who signed with the Cardinals on June 5.

Jurich and Pitino were not among the original ten men charged with fraud and corruption, but more charges are anticipated to be announced in the coming days.

Jurich served as the Athletic Director at CSU from 1994-1997. Jurich has since served in the same role at Louisville.

Under Jurich, Louisville won a men’s basketball championship in 2013, that included a victory over CSU in the NCAA Tournament. The Cardinals also moved from the Big East Conference to the Atlantic Coast Conference in 2014.

Collegian Sports Director Justin Michael can be reached by email at jmichael@collegian.com or Twitter @JustinTMichael.