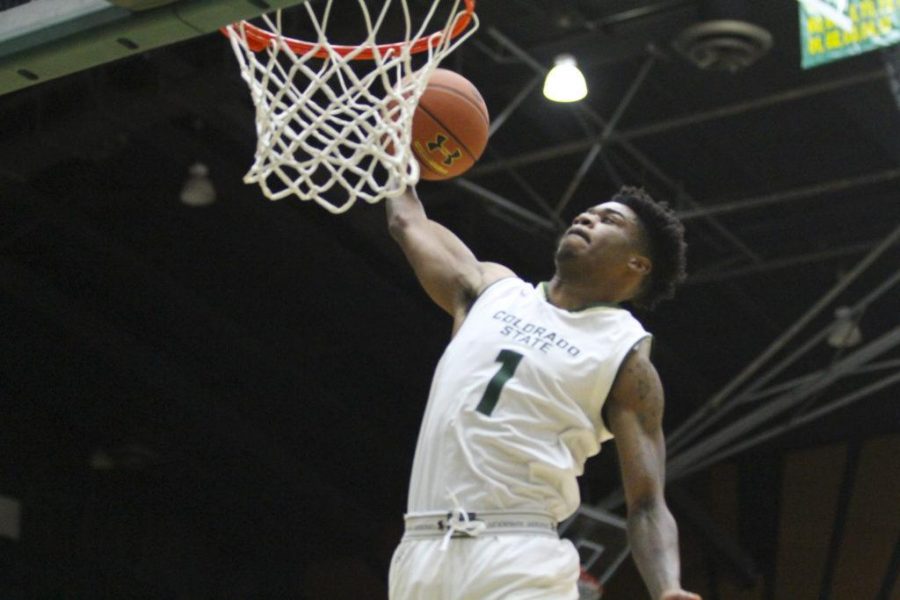 Devocio Butler (1) goes way up for this breakaway slam in the 2nd half of the Rams 93-69 win over Arkansas Fort-Smith. Butler finished with 13 points off the bench. (Javon Harris | Collegian)

After spending just one season with the program, guard Devocio Butler is no longer part of the Colorado State men’s basketball team. Along with Kimani Jackson and Che Bob, Butler was one of the three players ruled academically ineligible last December.

According to sources close to the situation, despite being eligible again, Butler had not been participating in team activities for the last few months. When the team traveled to the Bahamas to compete in a preseason tournament during the second week of August, Butler was the only member of the team not to make the trip.

Head coach Larry Eustachy confirmed Butler is no longer with the program with a statement released through team official, John Martin on Wednesday.

“Devocio Butler has transferred from Colorado State University to continue his education and pursuit of his college basketball career. We are pleased that Devocio was able to improve his academic standing to become academically eligible again and we wish him the best in his future endeavors.”

At one point during the 2016-17 season, Butler scored in double figures in four consecutive games. Butler scored a career-best 19 points in a victory over Northern Colorado (Dec. 3).