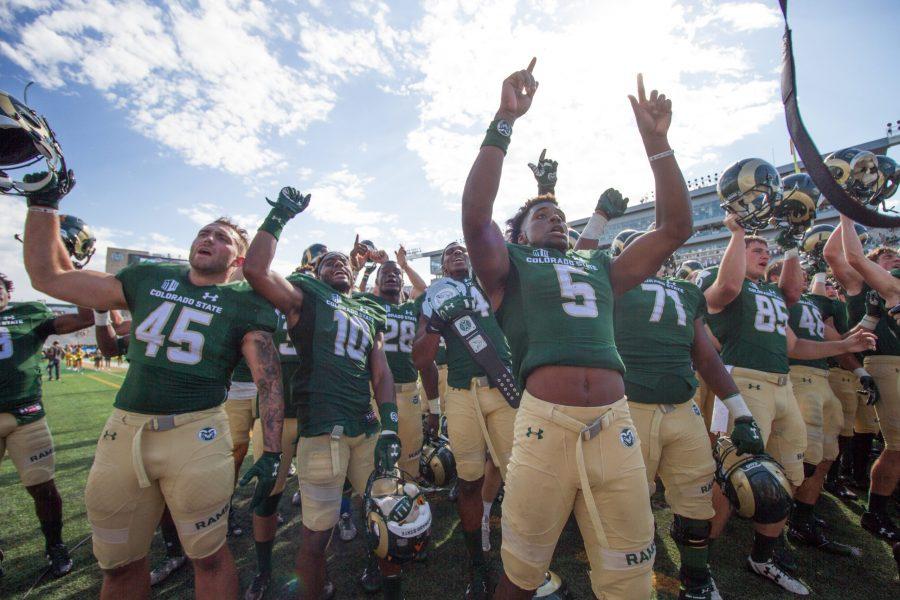 The CSU Football team sings fightsong with the CSU Marching Band winning the game against Oregon State on 8/26/17. (Tony Villalobos May | Collegian)

Colorado State football picked up a verbal commitment from 3-star inside linebacker Gerald Nathan Jr. on Tuesday. Nathan is CSU’s 17th commitment of the 2018 recruiting cycle and chose the Rams over a variety of Division 1 programs, including Iowa State, Coastal Carolina, East Carolina and Western Kentucky.

The Charlotte, NC. native announced his decision on Twitter. Nathan tweeted out, “Blessed and honored to have had the opportunity to choose between top D1 schools in the nation! After a lot of praying and talking with my family and coach; I would like to announce that I have committed to Colorado State University!”

NCAA rules prohibit coaches from commenting on specific players before they have signed a national letter of intent. Nathan will be eligible to do so on national signing day, which will take place on Wednesday, Feb. 7.

While head coach Mike Bobo cannot comment on the newest verbal commitment, he will likely confirm it via Twitter as well. Generally the third-year head coach tweets a map with highlighted states representing the areas the Rams have picked up commitments from.