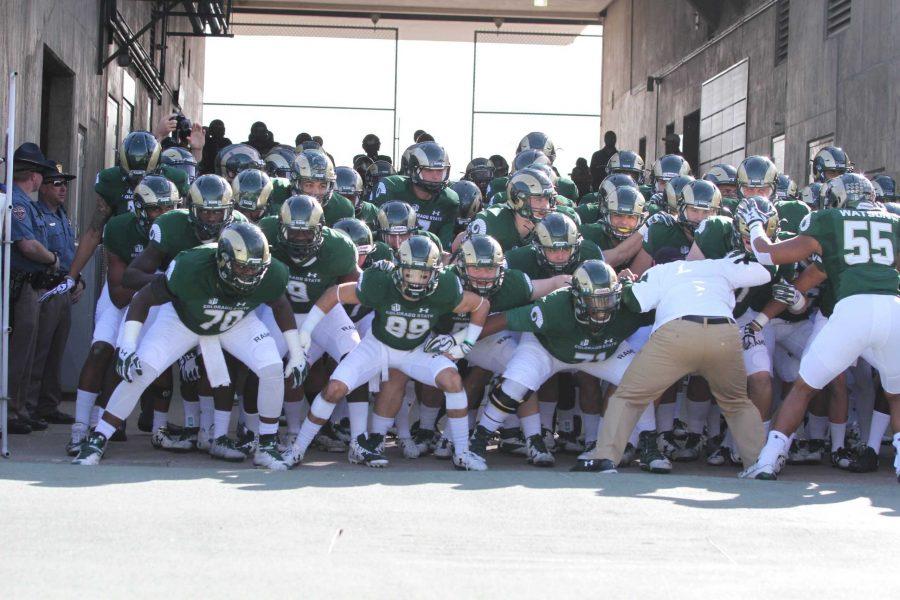 The Colorado State football coaching staff may not have any opponents to prepare for just yet, but recruiting season is in full swing and the Rams 2018 class is shaping up to be one of head coach Mike Bobo’s best yet.

Golden, a 6-foot-3, 207 pound defensive lineman from Olympia, Fla., announced his commitment to the Rams on Twitter Thursday. Golden is currently an unranked prospect, but has received interest from both Central Arkansas and Toledo.

Baldwin announced his commitment on Friday and is rated as the No. 35 pro-style quarterback for the 2018 class by 247 Sports. Along with CSU, Baldwin has received nine other Division One offers, including a trio from Ivy League programs in Brown, Columbia and Dartmouth.

As one of the starting quarterback for Lake Travis High School in Austin, TX., Baldwin helped guide the Cavaliers to an overall record of 15-, including a 41-6 victory over The Woodlands  in the 2016 6A Texas State Championship Game.

During his junior season (2016), Baldwin completed 71 of 93 pass attempts for 673 yards, 10 touchdowns and zero interceptions. His counterpart, 2017 Baylor signee Charlie Brewer finished the historic season with 3,927 yards passing and 54 touchdowns. Baldwin is expected to assume the starting role in 2017.

NCAA rules prohibit coaches from commenting on specific individuals before they have signed a National Letter of Intent, but Bobo addressed both of the 2018 commits on Twitter, as he always does.

Talent from the Lone Star State is making it's way West 👀 #B18horns are heating up!! 🔥 pic.twitter.com/jyu5OCL3oH

With the additions of Baldwin and Golden, the Rams 2018 recruiting class currently sits at nine.