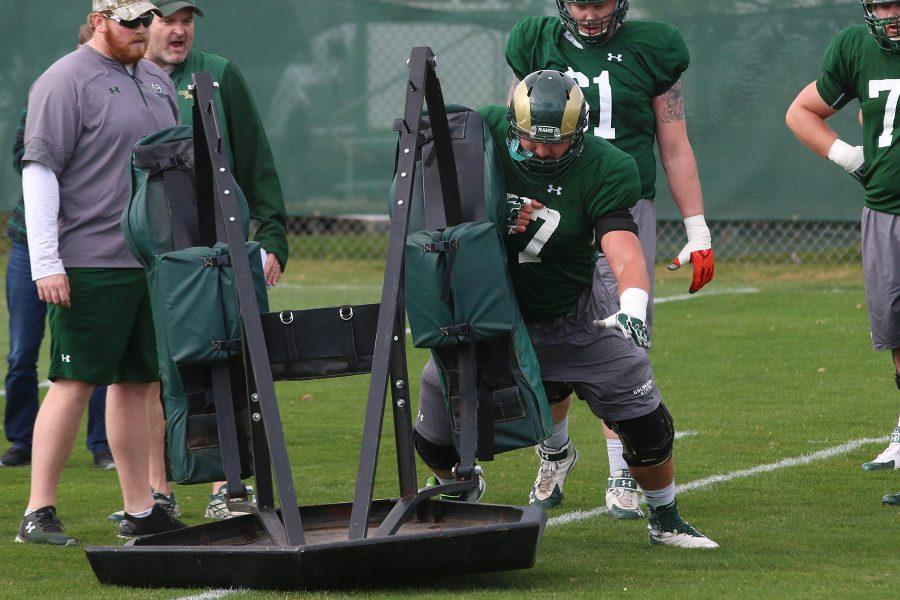 Colorado State center Jake Bennett has been named to the Rimington Trophy 2017 Fall Watch List, an annual award presented to the most outstanding center in college football. The list is compiled through a selection process by the Rimington Trophy Committee after reviewing nominations from various programs across the country.

Bennett was named Second Team All-Mountain West in 2016, as voted on by the league’s media and coaches. The 6-foot-3, 290 pound offensive lineman also was honored by Phil Steele, who named Bennett to his All-MW second team as well.

The Lakewood, Colo. native played a crucial role for an offensive line that allowed only 1.0 sack per game in 2016, ranking eighth in the NCAA. CSU’s offense also ranked 12th in the country in passing efficiency, 31st in rushing offense, 28th in scoring offense and 30th in total offense.

Over the last two seasons, Bennett has started all 26 games for the Rams. Bennett also started three games during his freshman season (2014), but missed the majority of the season due to a knee injury.

Bennett is one of seven MW centers on the Watch List, and the only one from the state of Colorado. The winner will be recognized at the Rimington Trophy Presentation at the Rococo Theatre in Lincoln, Nebraska on Saturday, January 13, 2018.

About the Rimington Trophy:

The award is overseen by the Boomer Esiason Foundation, which is committed to finding a cure for cystic fibrosis and has raised over $130 million for the fight against cystic fibrosis.

Dave Rimington, the award’s namesake, was a consensus first-team All-American center at the University of Nebraska in 1981 and 1982, during which time he became the Outland Trophy’s only double winner as the nation’s finest college interior lineman.

Bennett was not the only member of the CSU offensive line to receive national attention this week. Zack Golditch was nominated for the 2017 Allstate AFCA Good Works Team.