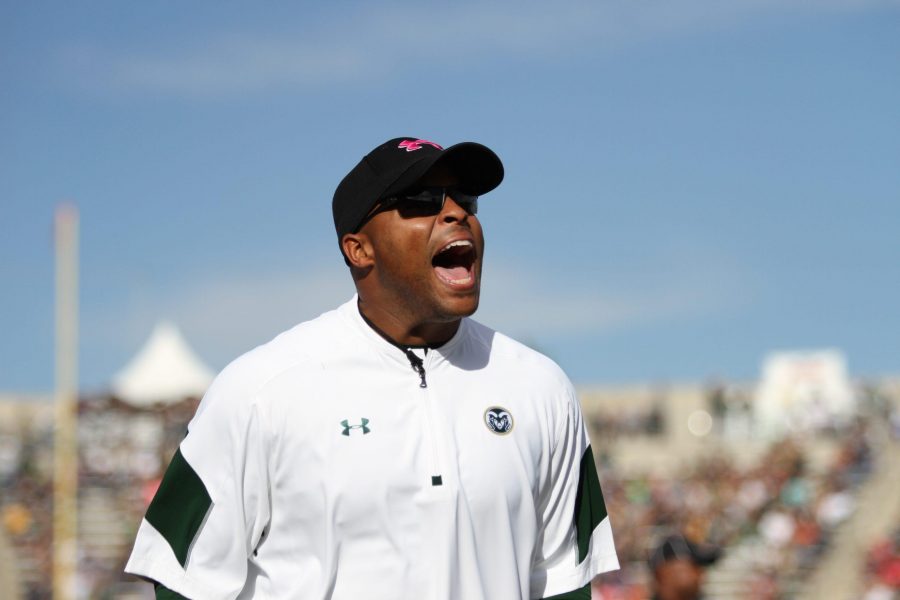 CSU Football Coach hypes up his players during their win against Fresno State. (Javon Harris | Collegian)

CSU football landed a highly touted in-state prospect to its 2018 recruiting class Tuesday, with wide receiver A’Jon Vivens announcing his commitment to the green and gold on Twitter.

The 6’0”, 180 pound wide receiver from Mullen high school (Lakewood, CO) led all of 5A in receiving yards in 2016, recording 1,087 yards and hauling in 10 touchdown receptions. Known for being a deep threat, Vivens finished the 2016 season with an average of 18.1 yards per-catch. For his efforts, Vivens was named first-team All-Colorado.

Rated a 2-star prospect by both Rivals and Scout, Vivens also has offers from Air Force and Northern Colorado.

With the verbal commitment from Vivens, CSU’s 2018 recruiting class is now up to three players. Nick Martin-Morman, an athlete from Louisiana, announced his commitment on April 12, and linebacker Zach Schlager (Nebraska) committed to the Rams shortly after.

NCAA rules prohibit college coaches from verbally discussing specific recruits until they have signed financial-aid agreements or national letters of intent. Players from the 2018 class are eligible to sign their NLI on Feb. 7, 2018.