The Rocky Mountain Collegian • May 7, 2017 • https://collegian.com/articles/sports/2017/05/rams-sweep-ram-classic-close-out-sunday-with-back-to-back-victories/ 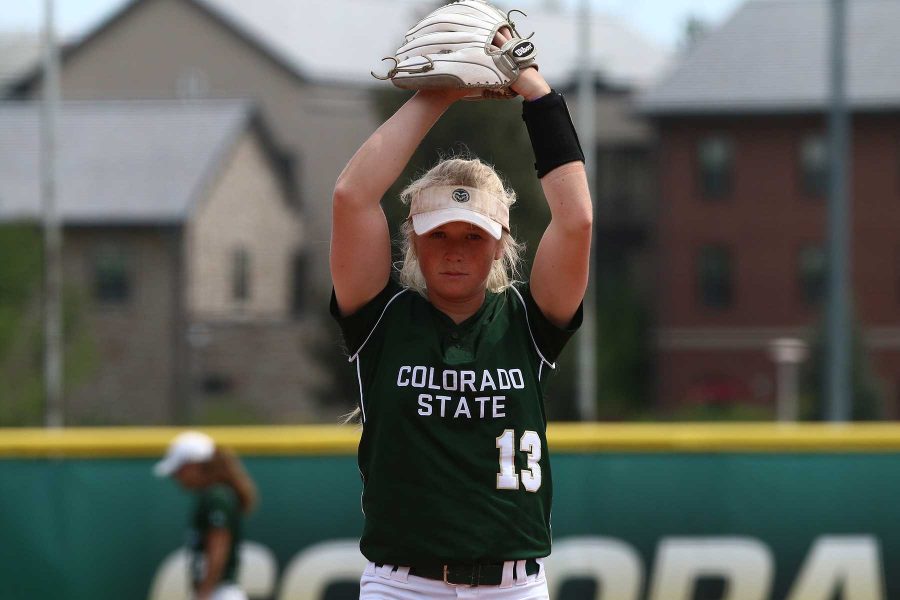 Despite sweeping the field, offense would not come as easy for the Rams on Sunday, as they trailed until the fourth inning of the first game (Texas Tech).

In the fourth, the Rams were able to tie the game at three runs apiece with an infield single by junior Hayleigh Evans, before senior Haley Hutton was up next and brought in the go ahead runs with her own ground ball to second.

The Texas Tech second baseman threw home to try to get freshman Francesca Olivas but instead hit her in the arm, causing the ball to fall away from the catcher. This ricochet allowed for Evans to round third and score and put Hutton on second.

The Red Raiders would make the game interesting in the sixth after junior Larisa Petakoff came in to relieve junior Kaylynn Pierce and jumped on Petakoff with a solo home run to center to pull within one run.

That’s the closest Texas Tech would get though, as sophomore Amber Nelson threw out a runner trying to steal second in the top of the seventh and Petakoff got the last batter to pop out to second.

Pierce finished with a solid performance after giving up a first inning two-run home run. She came back to pitch four more innings and did not allow another run and only walked one batter.

“Kaylynn missed a pitch and the girl hit it out, but besides that she pitched a good game,” head coach Jen Fisher said. “I thought she did a good job coming back from that.”

The offense would go even colder in the second game of the day as the Rams and Coyotes (South Dakota) put on a defensive and pitching clinic.

Scoreless through the first three innings, junior Madison Kilcrease opened the fourth inning with a triple, before being scoring on a sacrifice fly the next play. The single run ended up being offense to secure the victory for the Rams.

Sophomore Bridgette Hutton came to the rescue though, going the distance with a complete game shutout. She allowed six hits and one walk, while striking out three in the the narrow victory.

“She was getting ground balls and after the game she said ‘that was all defense,’” Fisher said. “She had to be hitting her spots so the defense could have a chance.”

The game was hotly contested and that was obvious from the South Dakota side as their head coach, Robert Wagner, was ejected from the game in the fifth inning over a disputed batter interference call.

Overall, the Rams went 4-0 on the weekend, scoring 21 runs and holding their opponents to five, including two shutouts of South Dakota. After sweeping the Ram Classic, CSU will look to carry the momentum into their matchup with Fresno State.

“I think we need to prove to ourselves that we are better than what our conference record shows,” Fisher said. “It always feels good to win. It’s like everything seems fine when we have won four games in a row…it’s good going into finals week.”

Game one against the Bulldogs is set for 4 p.m. with game two at 4 p.m. on Friday and game three at 12 p.m. on Saturday.