The Rocky Mountain Collegian • May 12, 2017 • https://collegian.com/articles/sports/2017/05/csu-softball-defeats-fresno-state-in-opening-game-of-series-eliminates-bulldogs-from-title-contention/ 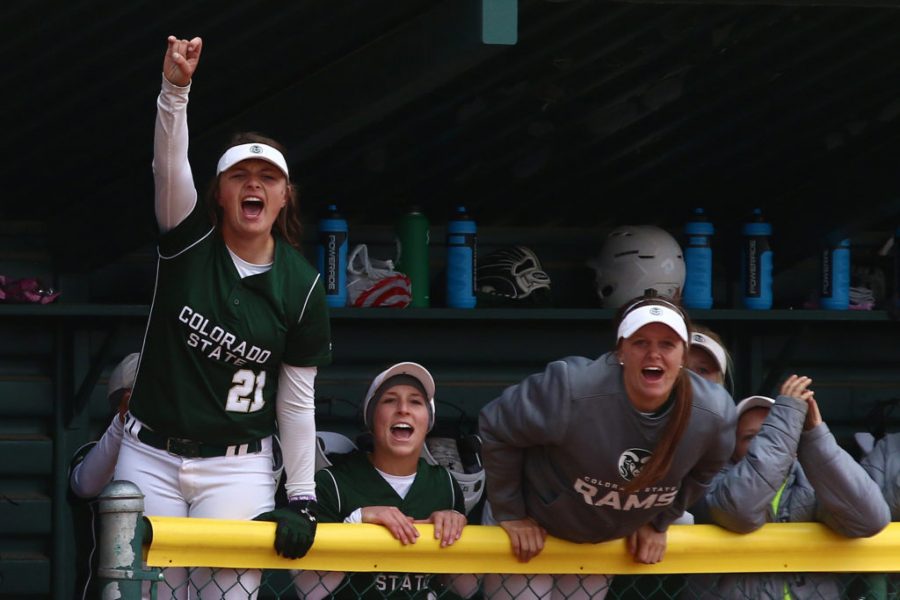 The Colorado State softball team took game one from conference foe, Fresno State, defeating the Bulldogs, 5-3 on Thursday behind timely hitting and a strong defensive performance.

The Rams (28-20, 9-13 MW) were stacked up against one of the hottest pitchers in the Mountain West, Kamalani Dung, who was coming off back-to-back Pitcher of the Week honors for the conference. Dung came in with the second lowest ERA (2.08), the most wins (23) and the most strikeouts (184) in the Mountain West.

Not to mention the Bulldogs (32-21, 12-9 MW) are the conference’s perennial powerhouses, having won the Mountain West title the past two years, with an opportunity to stay in contention for third with a victory over CSU.

None of that mattered to the Rams, who began to play spoiler early when they scored three runs in the bottom of the first inning to take a 3-1 lead.

Senior Haley Hutton began the offensive surge with a walk and later scored on a double by junior Madison Kilcrease. Sophomore Amber Nelson then walked and stole second to put her into scoring position, before fellow sophomore Lauren Buchanan’s single to left field that brought home two runs.

Sophomore Bridgette Hutton was in the circle for the Rams and she recovered well after giving up a run in the first inning on a double. She held the Bulldogs off the scoreboard in the second and third inning which opened the door for the Rams in the bottom of the third.

Dung gave up her third walk of the game in the inning and junior Hannah McCorkhill would make her pay two batters later. She launched her now team leading 12th home run to left field to give the Rams a 5-1 lead with all five of the runs being earned for Dung, more runs earned for her than her past six outings combined.

The Bulldogs would respond quickly with a pair of runs in the top of the fourth and even loaded the bases with two outs; but as the Rams did all game, the defense made the play when they needed it most.

The Bulldogs outhit the Rams 6-4 in the contest, but consistently left runners on base. This was largely due to Hutton, whom was able to control the damage in a complete-game outing, despite giving up six hits and six walks.

Dung pitched a complete game as well, finishing the game with 10 strikeouts. Her three walks and one hit by pitch made the difference though, with three of the Rams five runs resulting from walks.

Haley Hutton was not able to be get a hit off the strong Bulldog pitcher, marking her third straight game without a knock. She is three hits away from tying the CSU record for most career hits, but now has only two more games to try to reach the milestone.

Despite Hutton’s cold streak, the win for the Rams has eliminated the Bulldogs from the Mountain West title chase and leaves only San Diego State and San Jose State, the two teams the Rams were able to get their only two conference series wins against this year.

The Rams will look to make it three conference series wins when they play game two of the final conference series of the year with Fresno State at 4 p.m on Friday. The final game of the season will then be Saturday at 12 p.m.