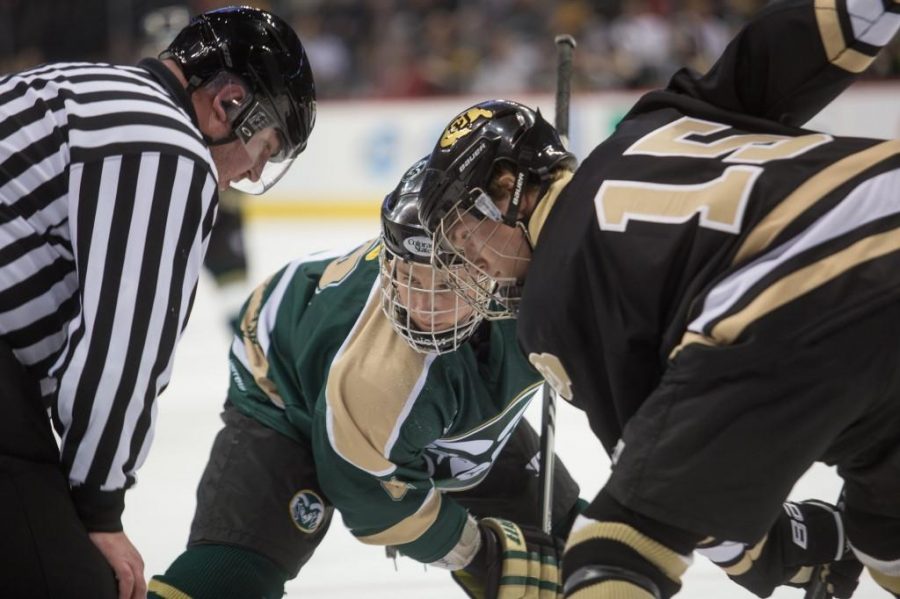 The Colorado State Rams Division 3 club hockey team will be moving up to the Division 2 level at the start of the 2017-18 season, as announced by their twitter account in May. Along with Wyoming, the Rams will join the Big Mountain Conference, which includes fellow front range universities, Colorado, Denver, Metropolitan State, and Northern Colorado.

The club’s captain Brandon Barban believes that the transition to the next level will only bring positives to the team.

“Moving up to Division 2 is an exciting opportunity for our program,” Barban said. “This team has been very successful at the Division 3 level and we expect to continue to succeed in Division 2. Last year we showed that we can compete with Division 2 opponents and our goal this year is to win the Big Mountain Hockey Conference Championship and then compete for a National Championship. We are losing some key pieces from last year’s team, but a lot of our core players are returning. We have some very talented young guys as well as a big group of seniors who are looking to go out on top. This year’s team will be prepared to succeed right away.”

The team is part of the American Collegiate Hockey Association (ACHA) which governs five different divisions for club hockey including men’s D1, D2 and D3 and women’s D1 and D2.

The Rams Division 3 team finished last season with a record of 17-9 and made the national tournament again. This year, the ACHA changed the tournament format so that all divisions will be competing in the same space. Coached by Robb Barban and Nicholas Church, the Rams will look to have another successful year and return to the national tournament in hopes of winning the title this year.

“We are going to prepare the same way as we did the year before,” coach Barban said. “Last year we pretty much played a Division 2 schedule, winning a majority of our games. We fell short of our goal of winning a National Championship. Therefore, we will be looking to step up our level of preparation and work ethic in order to achieve our goal this year.”

Being a smaller program, the team’s managerial positions are made up of the players on the team. That leaves them with the responsibility of scheduling the team’s games and practices and raising enough money to make things run smoothly.

The team will still play all of its games at the Edora Pool and Ice Center in Fort Collins. EPIC also plays host to CSU’s Division 1 program.

Collegian sports reporter Evan Grant can be reached by email at sports@collegian.com or on Twitter @EvanNGrant.