The Rocky Mountain Collegian • May 2, 2017 • https://collegian.com/articles/sports/2017/05/colorado-state-club-lacrosse-heads-into-nationals-after-consecutive-losses-to-cu/ 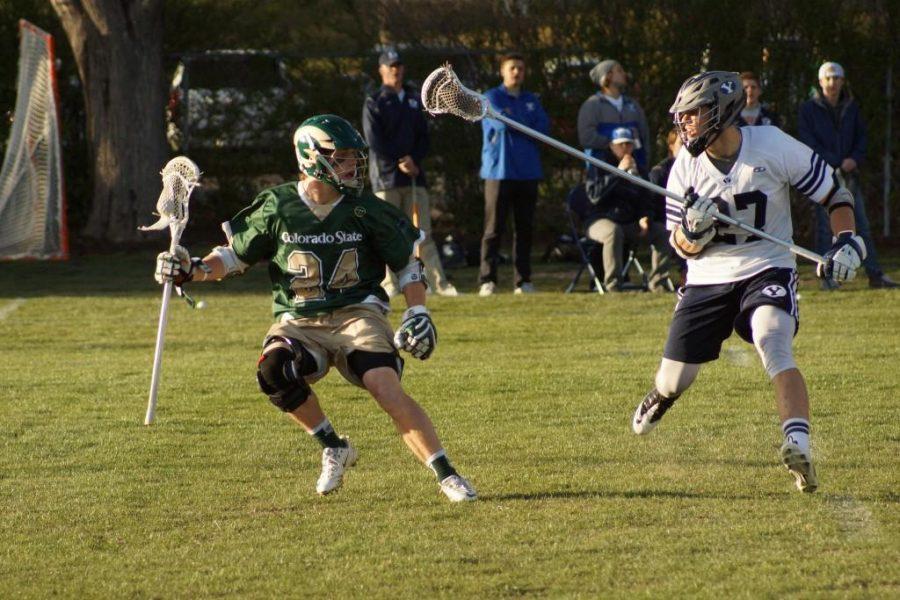 The Rams fell behind early and stayed behind for the remainder of the game. After the first quarter, the Rams were looking up at the Buffs 5-2, with the Buffs getting three more shots on goal.

“It’s going to be tough anytime you dig a deep hole like that,” head coach Ted Fifield said. “We emphasized the need to value the ball if we were going to climb back into the game.”

A bright spot for the Rams resided in the goal scoring prowess of Alec Womack who racked up four of the seven Rams’ goals in the game.

The team utilized their previous game against CU a mere 13 days before to construct a game plan to reverse the previous result.

“We altered our game plan for faceoffs,” Fifield said. “That helped us limit some of CU’s extra possessions and goal output. We also focused a lot on ground balls, but I think CU still beat us in that area throughout the game.”

Despite CSU altering their game plan to counter the Buffs’ previous strategy, the Buffs stuck to the same system and executed it in winning fashion yet again.

“I don’t think CU changed their winning game plan much,” Fifield said. “I wouldn’t have changed much (if I were) in their position.”

Jake Bender started and finished as the goalie for the Rams and was dealt a rough hand with the snow falling and lack of clarity when seeing the ball.

“It was difficult for our players to see the ball,” Fifield said. “It was a tough night for the goalies for sure. Both teams had to deal with the weather. CU did a bit better of a job managing the elements.”

Fifield refused to use the weather as an excuse for the Rams’ second loss to the Buffs in as many games, and their failure to beat CU for yet another meeting in Fifield’s tenure.

Despite finishing the year on a three-game losing streak, the Rams finished the season with a winning record (9-6). Throughout the year, upperclassmen Ashton Monheiser and A.J. Stewart led the Rams while freshman Blake Warner led the team in points (37) and goals (27).

“I’m proud of the way my guys competed,” Fifield said. “We worked hard and believed in each other. We came up short a bit too often for our liking, but it was never a question of heart.”

Following CU’s opening round victory, they were defeated in the Rocky Mountain Lacrosse Conference championship by Brigham Young University (13-11). The Rams sit in fourth place in the conference to end the season, tied with champion BYU in conference record (3-2).

“I think we continued to grow as a team throughout the season,” Fifield said. “I think that’s something that any coach can be proud of.”

The Rams challenged themselves following a dominant 2016 that saw them go 10-3. The team scheduled games against many of the best teams in Division I club lacrosse, and lost several heartbreakers that came down to one goal at the end of the games.

“We played a much more challenging schedule,” Fifield said. “We didn’t win as much as we’d have liked, but our loses this season came against top-13 teams, and four of those losses were by one goal.”

The Rams will look to shake off a subpar finish to the regular season at the Men’s Collegiate Lacrosse Association National Tournament in California.

“I still believe we can beat anyone in the MCLA,” Fifield said.

The Rams will play Arizona State Monday, a team they defeated to begin the season 9-8. An early 6-2 lead at the half allowed the Rams to cruise to victory on Arizona’s home turf in late February. The game was led by Warner’s scoring, and Monheiser’s passing talent.

“ASU is a great team that features a strong offense and a stout defense,” Fifield said. “It will be an excellent game, and we plan to redeem ourselves after ASU knocked us out of the MCLA tournament in 2016.”

Collegian sports reporter Luke Zahlmann can be reached by email at sports@collegian.com or Twitter @lukezahlmann.