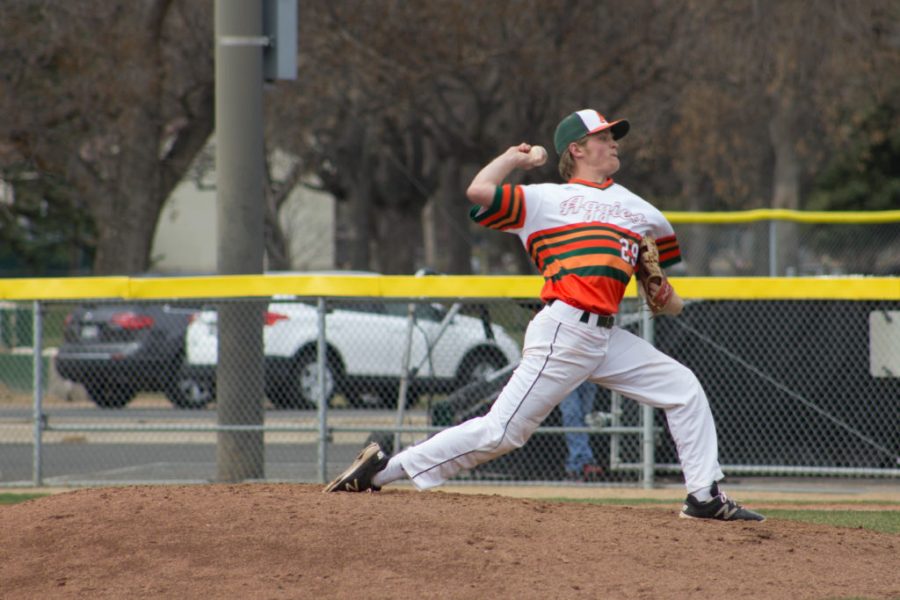 Colorado State baseball swept their doubleheader against UNC on Sunday with two dominant pitching performances and patient hitting throughout.

The first game of the day featured Jared Van Vark on the mound and a lockdown defense behind him led by Matt Smith at shortstop. Van Vark began the game with four strikeouts through the first two innings.

“(The key to my success) was just getting ahead, honestly. I was pounding the fastball inside,” Van Vark said. “It allowed me to use my curveball and my other pitches to kind of work around the zone more.”

Van Vark utilized his defense once again to come up big in times of need and to make the routine plays as they came.

“I have the utmost confidence in my defense and I know if I can put a ball on the ground or a ball in the air they’re going to get it,” Van Vark said.

CSU has featured a deep and dominant pitching staff for much of the season and shutdown relievers from the pen that clean up any messes that may have built up by the starters.

“The ability to be able to throw different guys in different situations helps us out a lot,” head coach Troy Tolar said. “It allows us to really keep hitters off balance.”

The Rams’ lineup was relatively quiet compared to their mercy rule wins against Wyoming, but rode a big 6th inning on their way to an 8-0 win. A 2-RBI single by Jace Evans and one RBI double by Sam Hughes allowed the Rams to take advantage of multiple walks given up by UNC.

“It’s really important for us to take advantage of mistakes and make it tough for the pitcher,” Tolar said.

The second game of the doubleheader was led by Phelan Castellano on the mound. Castellano continued the pitching success for the Rams en route to their second win of the day, 10-4.

“My last couple outings haven’t been (as successful) as in the past and remembering the boys playing behind me (is key),” Castellano said.

Castellano started the game with three shutout innings featuring multiple fly-ball outs. He escaped the third and fourth innings courtesy of lineout double plays in which the Rams caught the Bears being lazy on the base paths.

Castellano was relieved by Brad Johnson after four strong innings in which he allowed only one run and a mere two hits.

“It’s a big confidence (boost). Being down on yourself is hard to come back from,” Castellano said. “But when you play your game and just go a pitch at a time, we can have a great season.”

The defense in the second game lacked the same consistency as the first game, but the Rams overcame and stayed confident behind Castellano.

“It’s one of those things where you have to focus on the things you have control over and I just continued to do my job and get groundballs,” Castellano said.

The Rams’ offense in the second game overcame the early struggles and capped off a huge second inning with a grand slam by Matt Davis. Davis took full advantage of the four walks given up by UNC to begin the inning.

“I just looked for one pitch, one spot really,” Davis said. “I think I’m a lot better hitter with runners on base, so anything I can do to score runs is good.”

The Rams will look to continue their win streak against, barring any rescheduling of their cancelled Saturday games, Colorado Mesa in Grand Junction next weekend. Mesa is at the top of the conference right beside CSU and the Rams will look to distance themselves in the four-game series.

“We will continue to work on the little things that help us win games,” Tolar said, “and be prepared for when we do have some close games.”

Collegian sports reporter Luke Zahlmann can be reached by email at sports@collegian.com or on Twitter @lukezahlmann