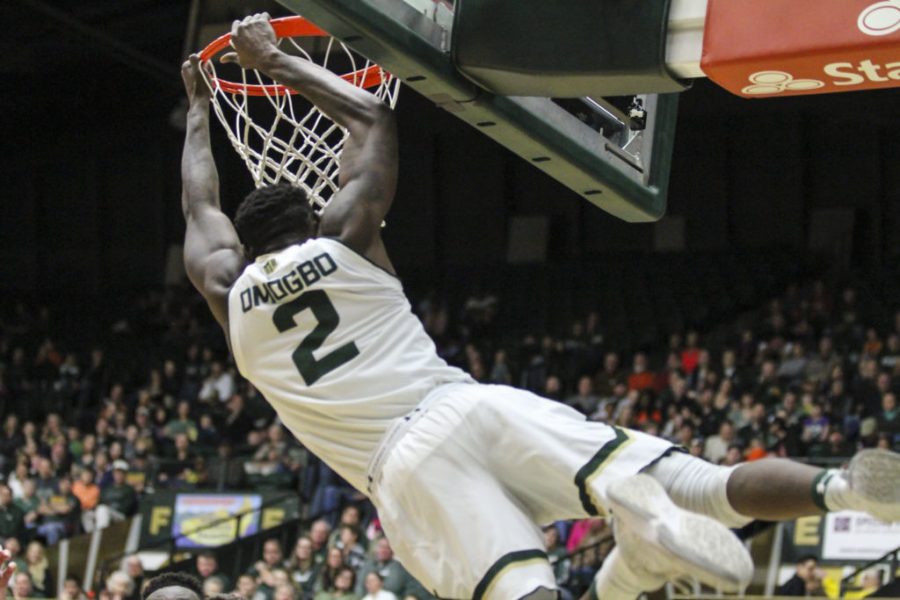 Omogbo received an invite to the Portsmouth Invitational Tournament on Monday, the school announced. The PIT will take place in Portsmouth, Virginia on April 12-15.

Omogbo is among 64 seniors invited to the event. The four-day, 12-game tournament will be seen by scouts from around the NBA.

The 6-foot-8 senior will play for the Portsmouth Sports Club under head coaches Mark Hall and Ethan Walker in addition to NBA assistant coach Wesley Persons. Omogbo will take the court Wednesday, April 12 at 5 p.m. against the Norfolk Sports Club. Omogbo is guaranteed three games in the tournament.

This season, Omogbo set a Mountain West record for double-doubles with 13 during conference play—he finished with 20 on the season, ranking top-20 nationally and setting a Colorado State record and finishing third in Mountain West history.

Omogbo led the conference with 10.4 rebounds per game and finished 12th in scoring at 13.6 points per game.

The senior scored a career-high 24 points, 17 coming in the second half, in a win at San Diego State on January 28. He also made a 3-pointer with 4.1 seconds left against San Diego State February 25 as part of an 11-point, 11-rebound performance that gave CSU a last second win.

Omogbo collected 28 double-doubles in his CSU career, good for seventh all-time in MW history. His 9.24 rebounds in 69 career games rank as fifth best in conference history.