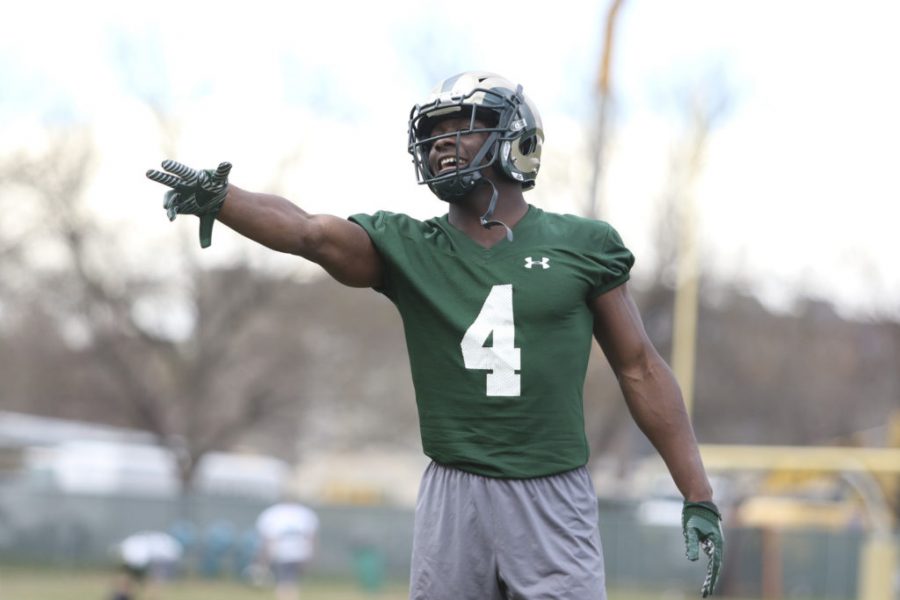 Returning its top two wide receivers from a season ago, the Colorado State receiving corps figures to be one of the team’s strongest units in 2017. Led by 2016 All-Mountain West selection Michael Gallup and junior Olabisi Johnson, the Rams have two players with experience at the position.

The same could not be said last spring for a team that lacked leadership at the position. Thought to be the team’s top two options prior to last season, Xavier Williams and Sammie Long IV are no longer with the program. Two weeks into spring ball and Gallup and Johnson are confident that this year’s receivers can build on what was already a strong 2016 campaign.

“I think the receivers were a strength for us last season,” Johnson said. “We still have to improve and I think the sky’s the limit for all of us.”

The strength at the position is not something new for Colorado State football. After the heralded career of Rashard Higgins ended in 2015 Gallup was nearly as impressive in his first year as a Ram. Perhaps the most remarkable part of last season for Gallup is that he did not hit full stride until mid-season.

Now with the ability to participate in spring drills and having already learned the offense, Gallup appears ready to take the next step.

Johnson comes into the spring with increased confidence too. After his record-setting performance in the Famous Idaho Potato Bowl in which he hauled in seven receptions for 265 yards and two touchdowns he believes that production will follow him into the spring.

Entering his third year as a Ram, Johnson has more playing experience at Colorado State than any other receiver. Head coach Mike Bobo believes that Johnson can develop into a leader on the offensive side of the ball.

“Bisi Johnson, I think, is one of the leaders on this football team,” Bobo said. “I’m trying to teach him to be a little more vocal, but he’s stepped up his game. He comes out and competes every day and he practices the way you need to practice every single day. That’s why he’s in the position he’s in.”

Bobo also complemented the strides that Gallup has taken, saying that his preparedness and high energy throughout the spring have increased his productivity. In doing so Gallup and Johnson have been able to show the younger receivers how to operate.

“I definitely try to lead by example,” Johnson said. “I know this offense, I’ve been in it for almost three years now. I think it helps guys when we’re on the field. Guys like Detrich (Clark) or Hawk (Anthony Hawkins), I can help them out with what they need to do, what their assignments are on the field. Hawk specifically, he’s been the guy under me as ‘Z.’ I’ve seen a lot of improvement from him in his routes, just going on the field and running hard. He’s a guy who works hard on the field and off the field.”