CSU football to have 7 nationally televised games in 2017, finish 2020 schedule 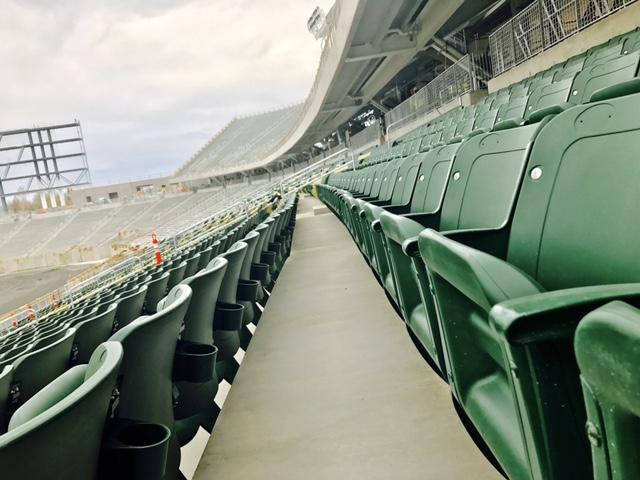 Colorado State football announced a variety of scheduling updates this week for both the upcoming 2017 season, along with the 2019 and 2020 seasons. Here is everything you need to know.

Seven football games picked up for national TV broadcast in 2017:

The Mountain West announced its initial broadcast schedule for the 2017 season on Wednesday, which includes seven CSU games airing for national audiences.

As of now, the Rams are set to play five games on CBS Sports Network and two games on the ESPN Networks.

Additional broadcasts by ROOT SPORTS, the Mountain West Network on Campus Insiders and OC Sports (Hawai`i) will be announced at a future date. CSU’s non-conference date at Alabama and vs. Colorado will also be set by their respective conferences and announced at a later date.

One day after announcing the broadcast schedule for the upcoming 2017 season, Colorado State football announced that the Rams will host Northern Colorado on Sept. 19, 2020.

The contest with the Bears completes the 2020 nonconference schedule, as the Rams were already slated to host Colorado and travel to both Oregon State and Vanderbilt. The matchup between the Bears and Rams will be the 22nd all-time and third during a ten-year period.

CSU is 20-0-1 all-time against UNC. The two teams tied in the second-ever meeting (1899), but the Rams have since recorded 19 consecutive wins over the Bears.