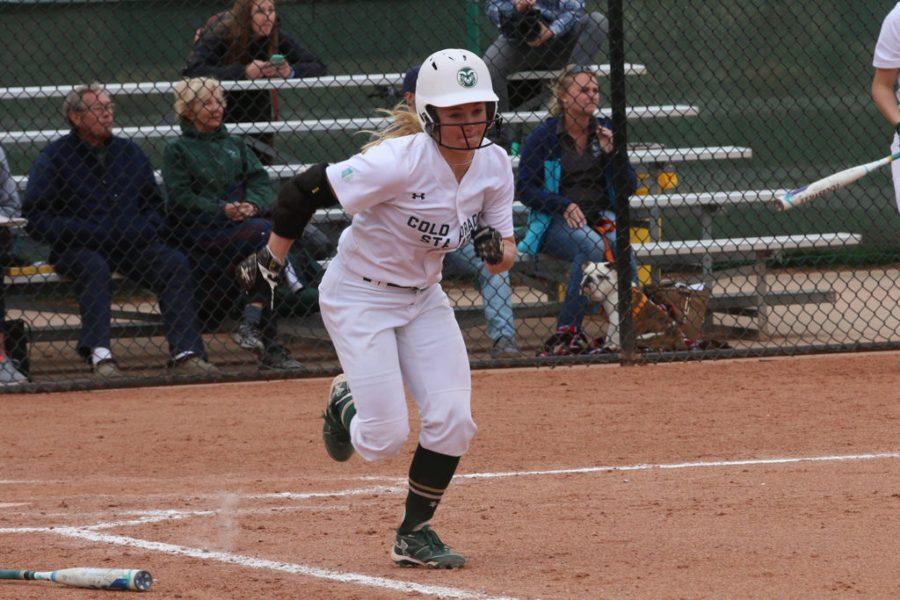 Utah State’s April Brown had the start on Friday, pitching six innings before being replaced by the Mountain West’s ERA leader, Kellie White, who came in to close out CSU.

“I thought once we got back through the lineup, we could straighten it out,” head coach Jen Fisher said. “But (Brown) did a good job keeping us at bay the whole game.”

Strikeouts were detrimental for CSU, as Brown finished with nine on the day.

“I feel like there was a couple shots there that were pretty good shots,” Fisher said. “A couple times I would have liked to see us work deeper in the count, not chase stuff out off the plate and also be able to take away the inside from (Brown).”

Brown finished the game with six innings pitched and no earned runs off of three hits with nine strikeouts and four walks. Brown also hit two batters but the Rams could not capitalize, leaving 11 runners on base.

“I thought we showed a little bit more fight, we didn’t look as frustrated at the plate,” Fisher said. “I think that is something the other team can read. When you look defeated, you’re just not ready to battle so I think they cleaned that up for themselves quite a bit.”

Larisa Petakoff helped CSU get into the win column Saturday, pitching the Rams to a 3-0 shutout victory of their own. Petakoff allowed only five hits total on the day and gave up three walks.

“I was having a lot of fun and just trusting my defense,” Petakoff said. “I was working on hitting my lanes, I think that was the biggest thing today.”

Senior Taryn Arcarese was the hero on the offensive side when she was able to give the Rams a 2-0 lead in the bottom of the third.

“(Arcarese) works so hard, cares about her teammates and wants to do well,” head coach Jen Fisher said. “She put in a lot of extra work all year and so that helped her come through.”

Sophomore Bridgette Hutton added on to the lead at the start of the fourth inning with a solo home run (3) to left field. All three runs came off of Utah State’s freshman Kellie White, the MW ERA leader and two-time pitcher of the week recipient.

“We were swinging at good pitches, I thought, and we kept leaving runners on,” Fisher said. “I was like ‘hey, we got the right approach’ so I was happy that they didn’t fold and kept after it.”

The Rams will take the diamond again on Tuesday at 4 p.m in Greeley for another matchup with Northern Colorado. Following that will be a three-game home series against the MW bottom dwelling UNLV Rebels April 21-23. Game one gets underway Friday at 4 p.m.