Rams shoot past Cougars, advance to second round of NIT 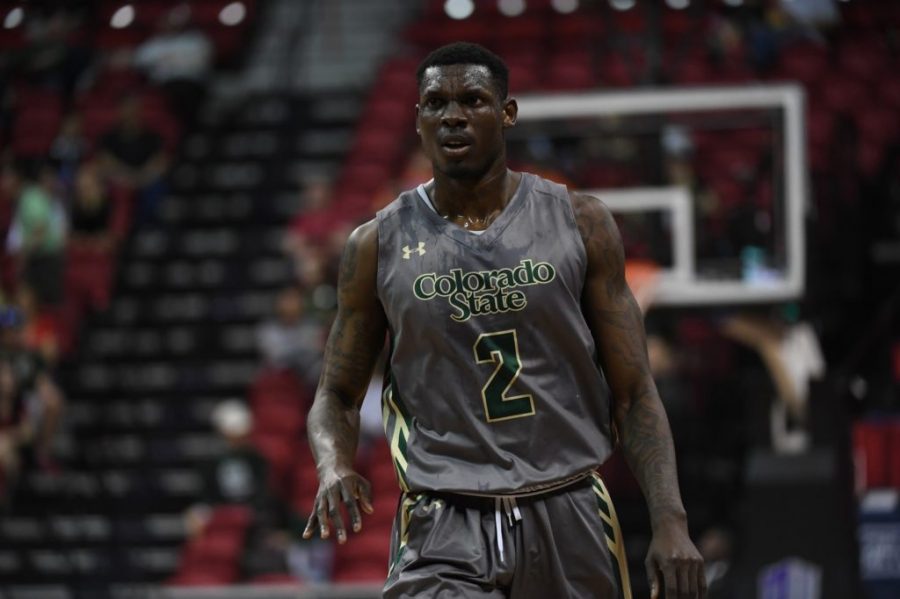 The Colorado State men’s basketball team won its first postseason game in nearly half a decade Tuesday night, defeating the College of Charleston 81-74 in the opening round of the NIT.

“We knew we were playing a really good team,” head coach Larry Eustachy said of the Cougars. “I asked this team if they wanted to continue to play and before I could get play out, they said yes after a tough loss at Reno (University of Nevada).”

Fresh off of earning All-Mountain West Tournament honors, the No. 4 Rams were once again led by Gian Clavell and Prentiss Nixon, as the Ram guards came out red hot from the field and never cooled off.

Clavell led all scorers in the game with 22 points, while nearly recording the first triple-double in program history with nine rebounds and seven assists.

“Whatever my team needs me to do, that is what I am going to do,” Clavell said.

The Mountain West Player of the Year did the majority of his damage from beyond the arc, going 5-of-11 on 3-point attempts. Though Clavell did miss his final three 3-point attempts of the night during a five-shot possession by the CSU offense that ultimately ended with J.D. Paige making a layup.

“I thought we were in a carnival, three for a quarter,” Eustachy joked of Clavell missing three straight 3-pointers. “You know how you get three softballs to knock the milk bottles down. He (Clavell) kind of looked at me and smiled.”

Nixon added 19 points on 5-of-13 shooting and hit a pair of early 3-pointers to begin the contest. Although the sophomore guard was given a technical foul at the end of the first half that resulted in head coach Larry Eustachy also picking up a technical foul in retaliation. The technical was Eustachy’s second in as many games after not receiving one for the entire season.

The crowd is in it now. @LarryEustachy is pumping up the Ram fans. pic.twitter.com/mZDCdzuuW9

In total, four of the five CSU starters finished the night in double-digit scoring totals. After the game, Clavell referred to the complete team performance as “team together” and explained how each of the seven players played well in their roles tonight.

“When everybody plays like that and we play defense, it is hard to beat us,” Clavell said.

Nico Carvacho finished just shy of a double-double with eight points and 11 rebounds, tying Charleston’s Jarrell Brantley for the game-high. Five of Carvacho’s 11 boards came on the offensive end and led to second chance scoring opportunities.

“I love when I see Nico (Carvacho) grab offensive rebounds because he always looks for me,” Clavell said. “He is just a freshman but he plays like a grown man, and it is just amazing how high he gets. Just the way he pulls them down, it’s wonderful to watch.”

After beating the Cougars, the Rams will face the winner of No. 8 California State Bakersfield vs No. 1 California. Time, date and location will be determined by seeding as the highest remaining seed will host the game.