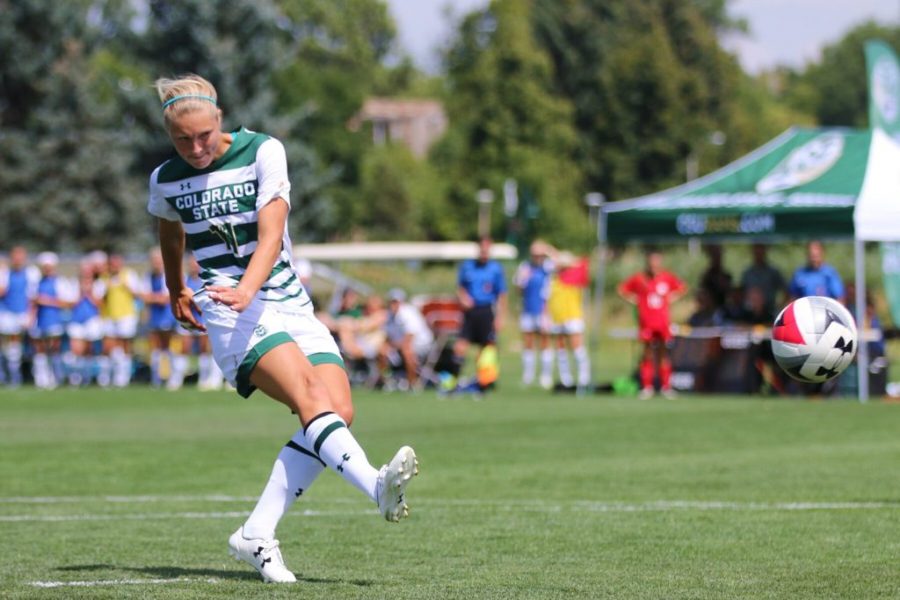 After finishing up regular season play at the end of October, preparations for the 2017 season were already in full swing for Colorado State women’s soccer.

Head coach Bill Hempen and his staff spent most of the year recruiting the players that would be part of this year’s signing class. Given the limits that club teams place on their players, however, it wasn’t necessarily easy to do so.

“Right now we’re in that transition in Colorado going from club soccer to high school soccer,” Hempen said. “Some of these clubs let the kids play high school soccer and some of them don’t, so we’re kind of all over the board. A lot of the clubs will play on Sundays, and we’ll go watch them. Then we’ll try our best to catch as many high school games as we can, both up here in Fort Collins and down in Denver.”

The eight-player recruiting class features three forwards, three midfielders and two defenders. Five of the eight are from Colorado, including Fort Collins’ own Bailyn Furrow.

As with any incoming class, that spells the end for Colorado State’s seniors from a season ago. But the departure of these seniors is a bit more poignant than usual.

This will be the first year that the Rams will not have a player from their inaugural roster in 2013. As the team enters a new age, Hempen is confident that his players have what it takes to move forward.

Although they lost plenty of experience from a season ago, the Rams incoming seniors have all been with Colorado State for the previous three years without any transfers. Paired with the additions from this year’s recruiting class, Hempen and the Rams are excited for what is to come.

“There was a lot of groundwork to be laid,” Hempen said. “The kids that graduated last year took a big leap of faith. I think we’re in a good spot with the kids and the program right now. I’m looking forward to adding the rest of the recruiting class.”

Since returning from winter break, the Rams have been hard at work. Due to NCAA restrictions, the team was limited to two hours per week spent training together. Hempen certainly made the most of it, as he found a way to combine having fun and teaching.

“We basically split them into two teams and have competitions two hours per week,” Hempen said. “Some of it is physical, some of it is mental, some is soccer oriented. Last week we did advantage vs. disadvantage, which is basically playing a player down or a player up. So we try to challenge them and make it interesting for them so they have to constantly think about what’s going on out there. It’s a good teaching time of the year for us.”

The Rams are currently in their third week of 20-hour-per-week training sessions. Going through April 22, this is the time of year that players focus on gaining the strength that they will use throughout the season.

Until spring break, the Rams will spend four days per week in the weight room with a focus on raising their core strength so that they can begin fall season at a better starting point. After using the first of five designated playing dates for the spring two weekends ago, the Rams’ exhibitions will heat up following break.

“A couple weekends ago, we had an event in the indoor facility,” Hempen said. “Air Force was here, Northern Colorado was here, Denver was here and Regis was here. We played literally all day long. We split our group into two teams and one of our teams made the final. That’s the first time we made it to the final of our own event, so we were kind of excited about that.”

The spring season concludes on April 22 as the Rams will host CSU-Pueblo at Lagoon Field in a day full of activity for Colorado State athletics.

“One of the cool things this year is, by suggestion of the football team, they said ‘Why don’t we do a double-header?’ So they’re playing on the Lagoon at 1 and we’re playing at 10:30 before the football game on the same field,” Hempen said. “So that will be a lot of fun.”