Home away from home: Nystrom, Gustavsson share an unbreakable bond 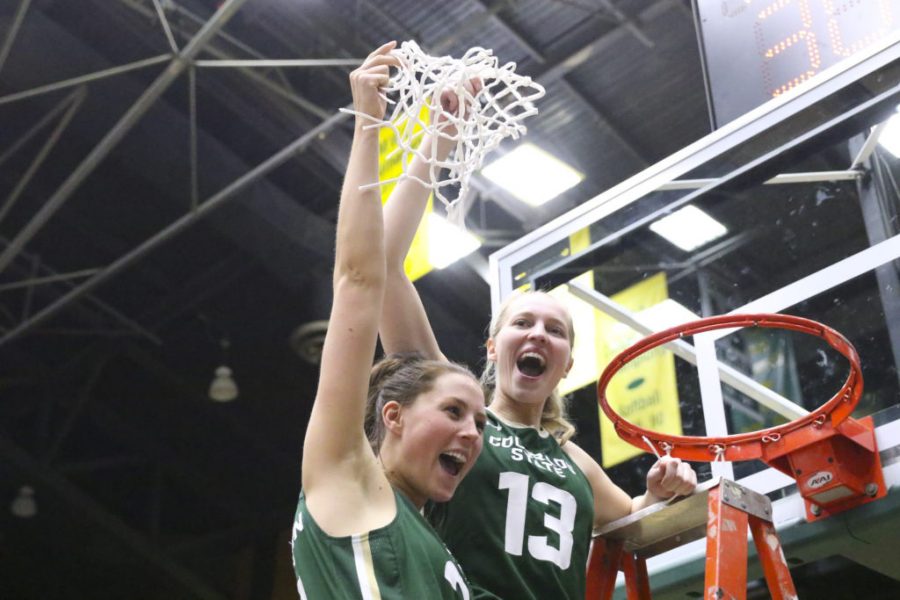 That’s the distance between Fort Collins, Colorado and Stockholm, Sweden, the country’s capital. For Colorado State seniors Ellen Nystrom and Ellie Gustavsson, it’s the distance from one home to another.

Nystrom, a native of Lulea, Sweden, joined Gustavsson of Angelholm, Sweden on a recruiting trip to an unknown city in the foothills of Colorado before the 2013 season. The two had played together on Swedish national teams before the visit, but had yet to find the inseparable bond that makes them one of the greatest duos in Colorado State history.

Four years later, what was once a foreign land has turned into their home. And a whale-shaped building has become their sanctuary.

“This is our home,” Gustavsson said. “When we come back from the road, we’re always like ‘Hey Moby, we’re back! We’re here to protect you.’ Moby is our home.”

The Rams (23-7, 15-3 Mountain West) won their fourth consecutive conference title this year, becoming the first men’s or women’s team to accomplish the feat in conference history. The pair of Swedish superstars, who are both four-year starters, have been at the forefront of them all. They brought with them a winning attitude from Sweden, and it has made them the winningest players in MW history since its inaugural 1999 season.

Just three days removed from what will likely be their last game in Moby Arena, the two are coming to terms with the fact that the ends of their miraculous collegiate careers are near.

With three more wins, they will pass women’s basketball legend Becky Hammon and Katie Cronin, who did their damage when Colorado State was still a member of the Western Athletic Conference, for most wins in school history. As the schedule sits, that third win would come in the conference championship game, certainly a fitting way for two legends to make history.

Their friendship off the court is matched only by their chemistry on it. Gustavsson’s ability to score in the post has complimented Nystrom’s unselfish style of play, making her the all-time assists leader at Colorado State.

“Most of my assists are to her, so thank you for that,” Nystrom said to Gustavsson after their win over San Diego State on Jan. 28.

“It’s fun to play with Ellen,” Gustavsson responded. “We talk a lot about this is our last year. Just try to make the best out of it and just have fun together because this is once in a lifetime.”

Surely it becomes easier for the two of them to have fun when they both score so prolifically. Nystrom ranks ninth in school history with 1,396 points while Gustavsson ranks 11th at 1,383 points, needing just 11 to crack the top 10. Nystrom ranks fourth in rebounding all-time and Gustavsson ranks seventh in blocks. Before even leaving the school, there is no doubt that they have cemented themselves as Ram legends.

For the ladies who love each other as much as they love the game, that 4,809-mile gamble has paid off.

And with it comes another place to call home.